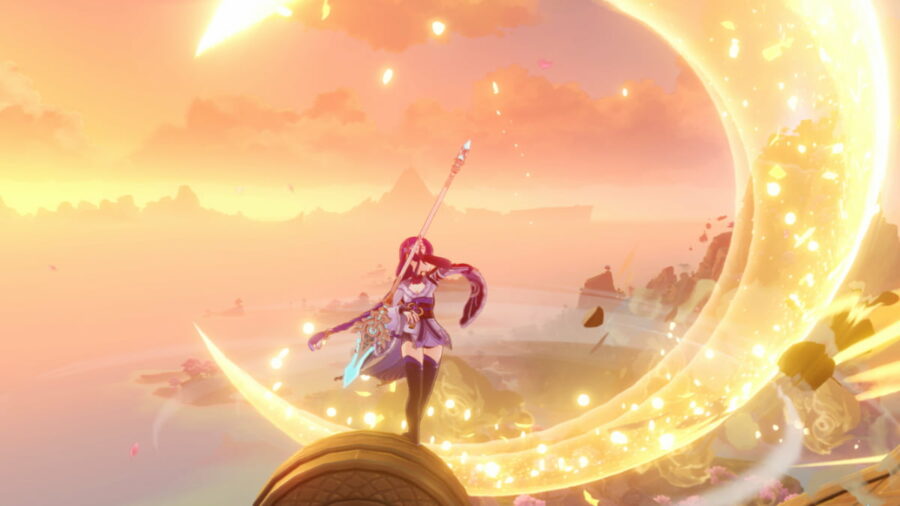 Whether you want to flaunt your new moves or simulate adorable character interactions in Co-op play, one thing's for sure: there are moments in your journey across Teyvat that call for a screenshot or two. But with the game's camera panning mechanics, it can be inconvenient to pause the game to access your device's screenshot option—especially mid-battle. Not to mention the obtrusive UI that can take away from your ideal visuals.

But don't worry—Genshin Impact features in-game photo functions that allow you to take pictures without disrupting your gameplay. Read on to find out how they work.

Open the game menu and bring your attention to the leftmost side of the screen, where you'll find a camera icon. This opens the Take Photo function, which is a robust camera simulator that allows you to customize almost every aspect of your photograph. You can pan the camera, change the zoom and angle, blur the background, and even customize the character's pose and expressions (or delete them entirely—if all you want is a landscape shot)!

Click on the icons on the upper-left side of the screen inside the camera UI (or hit the L1 button on PlayStation) to access these additional customization options.

Related: How to complete The Cat’s Trail Commission in Genshin Impact

Players that have completed the World Quest Snapshots from Liyue Harbor will be rewarded with a Kamera, an innovation from Fontaine. Equip this handy Gadget to take quick pictures without having to access the game menu. It allows you to take amazing shots mid-movement, while Elemental Sight is active, gliding, swimming, and more!

After equipping the Kamera from the Gadget section of the Inventory, click the Kamera icon for mobile, the Z button for PC, and L1 + O for PlayStation to take a quick snapshot. Don't forget to hit the Save button, or the image won't save.

Players who complete the World Quest Perfect Shot from Liyue Harbor can obtain a Special Kamera. It's a Gadget that works just like the normal Kamera but adds a golden filter around the image after taking a photo with it.

You can't take photos with the Kamera or Take Photo function in the following instances:

Moreover, all in-game photos will automatically undergo the following:

Use your newfound photography skills to complete some photo quests in the game. Check out our guide on How to complete the Reminiscence of Seirai World Quest in Genshin Impact.

How to take a picture in-game in Genshin Impact