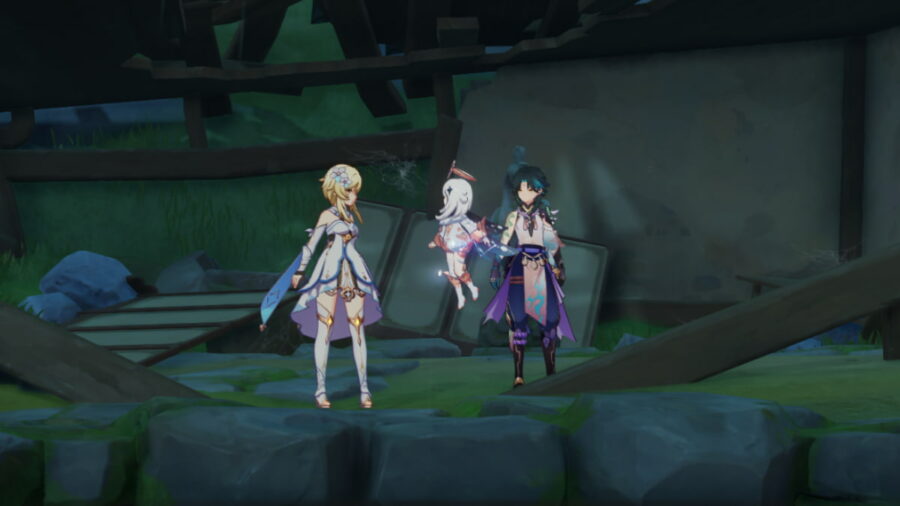 Hereafter: The Trail of Pervases is a hidden World Quest that can be unlocked after completing Xiao's Story Quest, the Alatus Chapter: Act I—Butterfly's Dream. It's a mini-sequel that brings together familiar faces and a new motivation to restore the temple housing the statue of the Adeptus named Pervases.

This World Quest is a three-part storyline that spans three real-time days. It doesn't merit you any rewards until the final quest but is required to complete the Liyue Quests section of the Liyue Reputation Board.

How to Unlock the Quest

Unlock this World Quest by walking by the Wanmin Restaurant. Paimon will get a whiff of Grilled Tiger Fish and will ask you to buy some, prompting the quest to start.

How to Complete the Quest

This quest is relatively straightforward. Speak with Chef Mao of the Wanmin Restaurant to pick up three Grilled Tiger Fishes—one of which you unanimously decide to bring back to Pervases, who loved this dish.

Follow the quest marker to Pervases' temple, where you encounter Xiao. After the dialogue, you'll hear the cries of a person asking for help.

A certain Wang Ping'an is being beaten up by two Hilichurls. Save him and start a dialogue. You realize he's the same Wang Ping'an you met during Xiao's Story Quest: Starsnatcher, the fake Adeptus.

Head back to Pervases' temple together and listen to Wang Ping'an talk about how he used his extensive knowledge of Adeptus lore to do good since you last met, and his plans to restore the dilapidated temple. This will complete the World Quest. Make sure to head to the Liyue Reputation Board to claim 20 Reputation EXP.

While you're in Liyue, you may want to complete the Interlude to the Archon Quest. Check out our guide on Where to find Starsplinter Iron and Subrosium in Genshin Impact: The Crane Returns on the Wind Archon Quest.

When is the Lantern Rite Festival 2022?