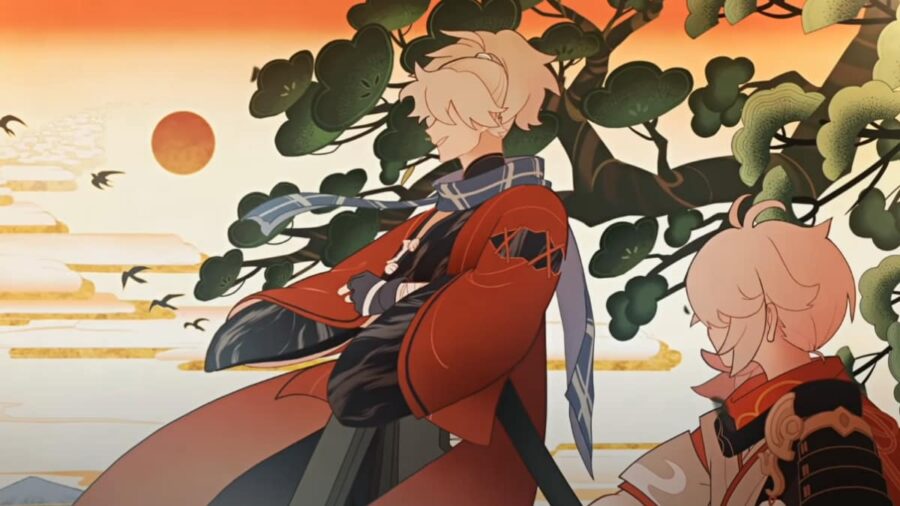 The Freedom-Sworn is a five-star sword that can be obtained from the Epitome Invocation whenever it's on the featured banner. It's highly regarded as the best-in-slot weapon for Kaedehara Kazuha, but it can work with other Elemental Mastery-loving characters, such as Jean and Albedo. While it's a great weapon on paper, it requires a very specific team composition and rotation to use—read on to find out whether it can fit into your team.

Related: Should I C6 Bennett in Genshin Impact?

The Freedom-Sworn is a great sword because it increases the Attack and Damage of all party members, even when the wielder is off-field. This makes it a particularly good option for characters that proc Reactions. Kaedehara Kazuha stands out because he's the best sword user that fills this role.

To use this sword efficiently, your team rotation will usually look like this: apply an Element to the enemy, proc Swirl with the Freedom-Sworn wielder, then follow up with your DPS to trigger a Reaction, such as Melt or Vaporize.

That way, the Attack and Damage boosts will amplify your DPS' output while further increasing the Damage obtained from triggering a Reaction. It's particularly good on Anemo, as Viridescent Veneer further increases the Damage output with an Elemental Resistance shred.

In summary, the Freedom-Sworn is a must-have if you have Kaedehara Kazuha and are running a team that triggers Melt and Vaporize Reactions. It's a niche choice for other sword-wielding characters that can proc Reactions, such as the Anemo Traveler, Jean, Albedo, Bennett, and Xingqiu. But there are better alternatives for these characters, so think twice before pulling the sword specifically for them.

Check out our guide on the Most popular characters in Genshin Impact, based on pick rates to help your Spiral Abyss team-building.

Is Freedom-Sworn in Genshin Impact a good 5-star sword?