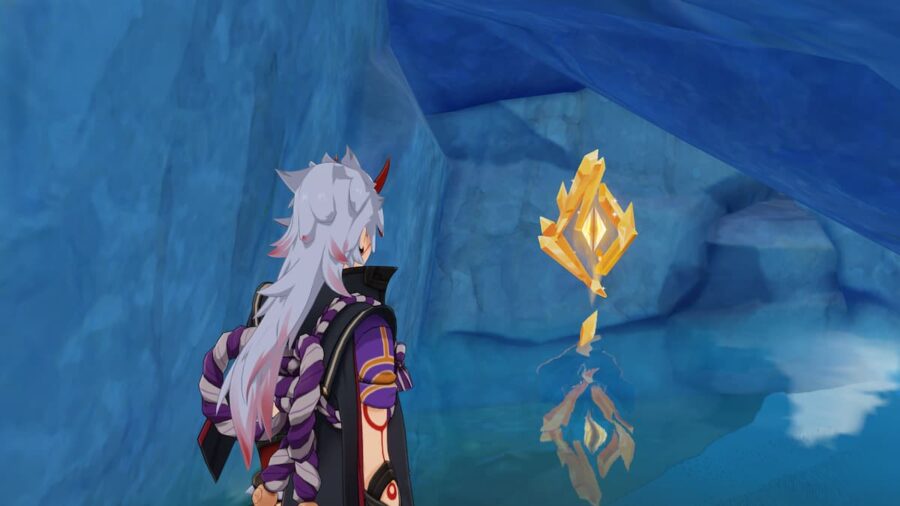 Geoculi are materials in Genshin Impact used for upgrading the Statues of the Seven. Leveling up these statues grants the player increased stamina, Adventure EXP, and several other rewards. As such, Geoculi are highly sought after by all players. However, many of these Geoculi are tucked away in the environment, found only by the sharpest of eyes. What are the most difficult Geoculi to find in the Liyue region?

Most Difficult Geoculi to Find in Liyue

This Geoculus is hidden in a cave with water, close to the first Geoculus on this list. Next to the lake, there is a small hole in the rocks that leads to a room filled with water.

The Geoculus is in the middle of this tiny room. This cave entrance is quite tucked away, but when found, it is easy to enter.

This Geoculus is hidden in a secret room underneath a statue. This statue is accompanied by the writer Wuyuan. Directly next to the statue, there is a hole shrouded by bushes. Step into these bushes to fall into the secret room, where the Geoculus lies. There is also a puzzle in this room, where lighting the four torches will reveal a hidden chest.