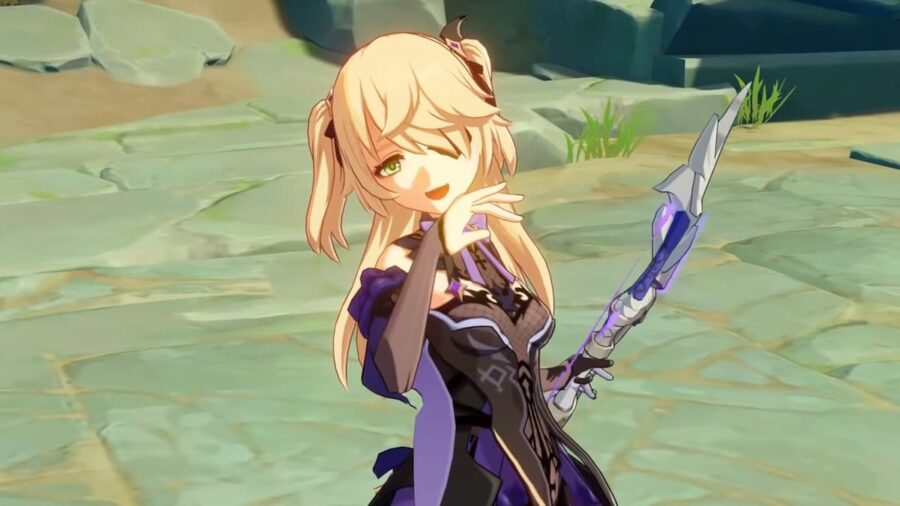 There has been a lot of news surrounding Genshin Impact 2.8. Not only does the update contain Heizou, the first male catalyst, but it's set to bring bach Fischl. Now, a character named Nahida seems to be involved with the update. Just who is Nahida? Is she just a mistaken skin for Fischl, or will she actually appear at the Golden Apple?

Who is Nahida in Genshin Impact

From what we can gather from the leaks that have been surfacing over the last few months, there is a character named Nahida that will appear who is likely from Sumeru. In fact, the leaker, Blank, who has since retired and deleted his Twitter account, claimed that Nahida is actually the name of the Dendro Archon, Kusunali.

A picture of the tweet made by Blank before his retirement was posted by theonetruekaiser on Reddit. In addition, a picture of what fans now think is an upcoming Fischl skin was confused for Nahida, as can be seen in this Reddit post by ukrisreng.

Will Nahida of Fischl appear in Genshin Impact 2.8?

It appears that both Nahida and Fischl will appear in Genshin Impact 2.8. A tweet by Project Celestia reveals a list of characters that players are supposed to encounter in version 2.8, including Nahida.

While there has been no official reveal by HoYoverse, there is a lot of information that points to Nahida being a real character. With any luck, an upcoming livestream will provide details about Nahida and how travelers are going to learn more about Sumeru.

Nahida or Fischl? Will Nahida appear at the Golden Apple in Genshin Impact 2.8