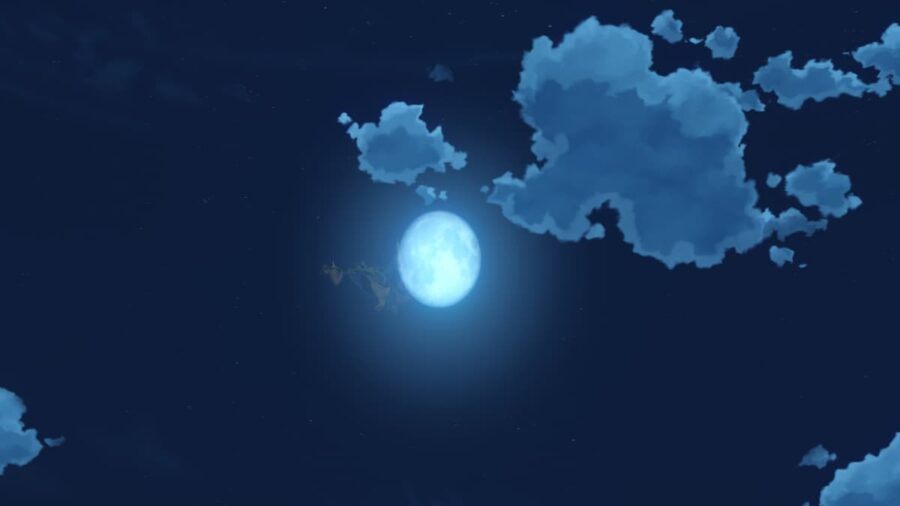 In Genshin Impact, many of Teyvat's present-day inhabitants only know of one moon hanging in the skies at night. At one point in the world's history, however, three moons could be seen illuminating the night sky alongside the stars. According to various legends, these moons were actually three cosmically powerful beings responsible for controlling the land's lunar cycle—the Moon Sisters.

According to legend, the Moon Sisters—Aria, Sonnet, and Canon—were a group of ancient cosmic beings from over 6000 years before the main story of Genshin Impact. Their existence predates even Zhongli himself, meaning the Moon Sisters are older than all current members of The Seven. They're said to be the ancestors of the Seelie seen around Teyvat and had the extremely important task of keeping the world from falling into ruin.

Related: When does the Sumeru region release in Genshin Impact?

The Moon Sisters accomplished this by acting as makeshift moons in the sky, residing in the Lunar Palace. They were represented by the triquetra symbol and would take turns riding through the heavens on a silver carriage, switching places with each other three times each month to avoid catastrophe. A certain incident led to the sisters abandoning their responsibilities, however, bringing ruin to the land of Teyvat as a result.

At some point in Teyvat’s history, the Moon Sisters gathered at the Lunar Palace to bear witness to the sacred union between an unknown Outlander and an ancestor of the Seelie. The ancestor mentioned in this event may have been one of the three sisters, as a calamity befell the world 30 days after this union took place, suggesting that the Moon Sisters had stopped switching places in the sky.

The two lovers tried to flee the disaster but were unsuccessful and were cursed to be separated for eternity with their memories erased as punishment. The Seelie withered away due to being heartbroken by these events, turning into the wispy forms that can be seen around Teyvat in the present day. The Moon Sisters then turned on each other in the chaos for unknown reasons, leading to the supposed death of all three. Two of their celestial bodies crumbled away, leaving Teyvat with one moon in the sky.

Due to the presence of a triquetra symbol and crescent moon, the figure pictured with the Blessing of the Welkin Moon has been speculated by fans to be a depiction of one of the Moon Sisters. The sisters themselves appear to be Genshin Impact's version of the Triple Goddesses, who are important figures in real-world Wiccan religion and mythology and represented by The Maiden, The Mother, and The Crone.

Paimon bears a striking resemblance to the Welkin Moon figure and has been theorized to be one of the Moon Sisters, possibly filling the Triple Goddesses role of The Maiden, typically associated with youth and childhood. This has yet to be confirmed by MiHoYo, however, and should be taken with a grain of salt. Not much else is currently known about the Moon Sisters, but more information about these enigmatic lunar beings may be included with future updates to Genshin Impact.

Looking for more great Genshin Impact content? Be sure to check out When will the first dendro character release in Genshin Impact here at Pro Game Guides.

What are the three moons of Teyvat? – Genshin Impact lore