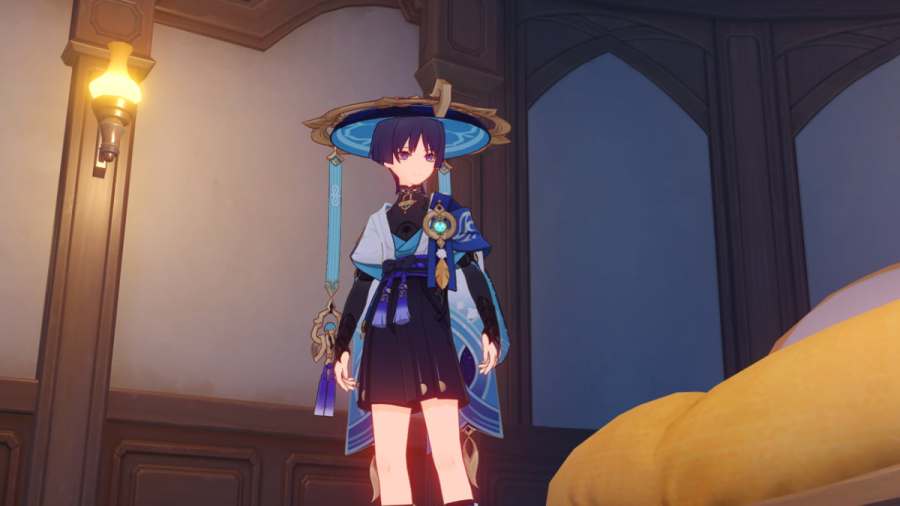 Scaramouche was the sixth Fatui Harbinger who took the codename The Balladeer and eventually turned into an unnamed Wanderer. Once upon a time, before his involvement with the Tsaritsa's loyal followers, he took the name Kunikuzushi, which was largely inspired by traditional Japanese theater called kabuki.

What does Kunikuzushi mean in Genshin Impact?

Rather than referring to an actual character, Kunikuzushi is a name used to describe a villainous character in kabuki. Kunizushi literally means "country destroyer," and is a title reserved for characters with the most heinous of personalities.

During the Irodori Festival, players were introduced to the story of the Five Kasen, which was heavily inspired by the Rokkasen, six influential Japanese poets from the ninth century, namely Ono no Komachi, Ariwara no Narihira, Kisen Hoshi, Sojo Henjo, Funya no Yasuhide, and Ootomo no Kuronushi.

It's important to single out Ootomo no Kuronushi, as Kuronushi was the name of the fifth Kasen in the game. Throughout the course of the story, Albedo drew characters based on the event story, which was also a re-telling of the Kaedehara Clan's past.

Related: Wanderer’s Special Dish and how to cook it in Genshin Impact

At the very end, it was revealed that Aoi no Okina was coerced into retrieving a page of poetry from Suikou. The poem was related to the late Akahito, who was killed on counts of plagiarism. Suizome had realized that Akahito's signature red seal was missing from the plagiarized poem. When she placed his work on a stream, the ink ran on the plagiarized poem. In the final illustration, people could only view the artwork of Kuronushi by drenching it in water. His figure was that of Scaramouche's, implying that he—Kunikuzushi—was behind the crimes that forced the Raiden Gokaden to fall apart.

Check out our guide on How to change your Scaramouche’s name in Genshin Impact here on Pro Game Guides to help Wanderer live a new life.