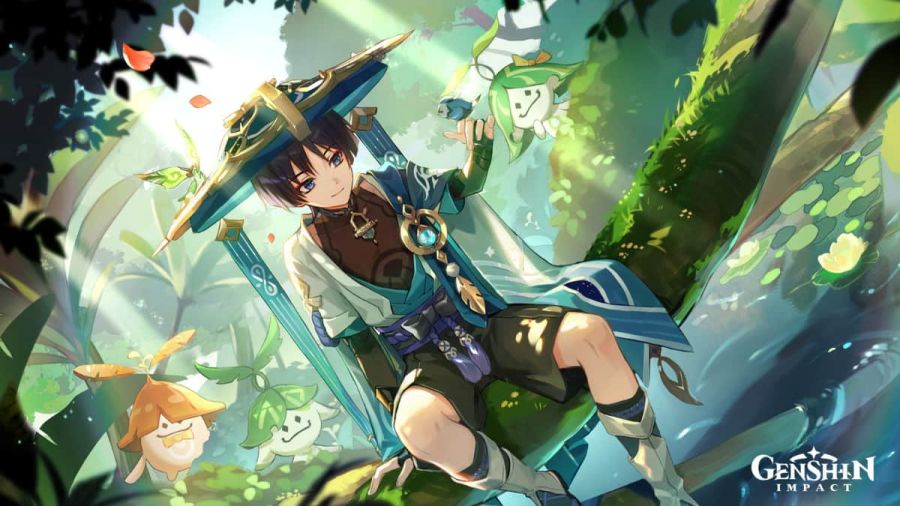 At the end of the Interlude Chapter: Act III - Inversion of Genesis, Scaramouche, now a blank slate named Wanderer, will regain all of his past memories and decide to live his life anew. Alongside his fresh start, he deemed it most appropriate to receive a new name.

As the Traveler, you have the honor of renaming Scaramouche into whatever you like, with a few exceptions. Please be careful as you can only rename him a maximum of two times, and the change will apply permanently in various aspects of the game.

How to rename Wanderer in Genshin Impact

The Interlude Chapter: Act III - Inversion of Genesis consists of multiple quests, one being called The Kabukimono's Finale. In this segment, you must complete the Reminiscent Drift Domain to help Wanderer regain his memories. When it's over, you'll be prompted to give him a new name. There's no way to skip this step, but you can change his name one last time after the quest. We recommend picking a name that you really like as changes are permanent.

There are a few rules you need to follow if you want to change Wanderer's name.

You can change Scaramouche / Wanderer's name a maximum of two times. The first is during the quest, as described above. The second change is optional after you've completed the entire Interlude Chapter: Act III - Inversion of Genesis. You'll receive an item in your Precious Items Inventory called An Appellative Stroke. Using it will allow you to change Wanderer's name one last time. Name changes are permanent, so please use a name that you really like.

Where does Scaramouche's new name appear in Genshin Impact?

Scaramouche / Wanderer's new name appears all over your UI. If you pulled for him, his default name will be the new name you picked. The same applies to the Serenitea Pot and dialogue.

How to change your Scaramouche’s name in Genshin Impact