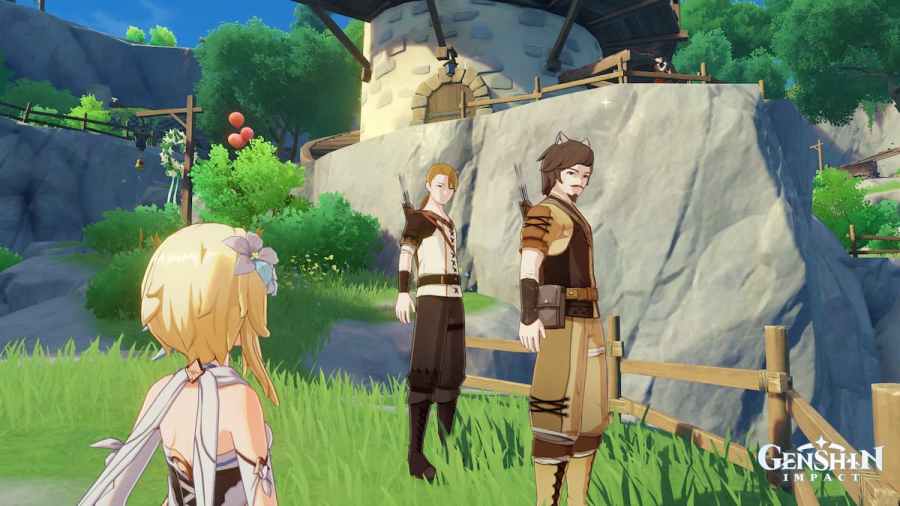 He may look like a simple NPC, but Genshin Impact's Draff gets involved more than a few times with the ensemble of Vision wielding characters. He's particularly important to Diona, his daughter. If you want to find him in the game and and have a chat, here's where to go.

Where can you find Draff in Genshin Impact?

Draff is generally found in Springvale with his hunting buddy Allan. They stand just underneath the large windmill in the center of the village. You can reference the map above for his exact location. It's right where the player cursor is. If you talk to him during the day, he can give you some tips on the location of crystal ores that he spotted on a hunt. Or, he can sell you the fruits of his hunts: Raw Meat, Fowl, and Bird Eggs.

Related: Will the Mondstadt region be expanded in Genshin Impact?

Who is Draff in Genshin Impact?

Other than being Diona's father, he's the head hunter in Springvale. He's also a known alcoholic. Diona explains during her hangout event that his alcoholism is what drives her to make the most disgusting cocktail and rid Mondstadt of alcohol all together. Despite his shortcomings, Draff displays genuine love for his daughter and the people of Springvale that he protects and feeds.

Where is Draff in Genshin Impact?