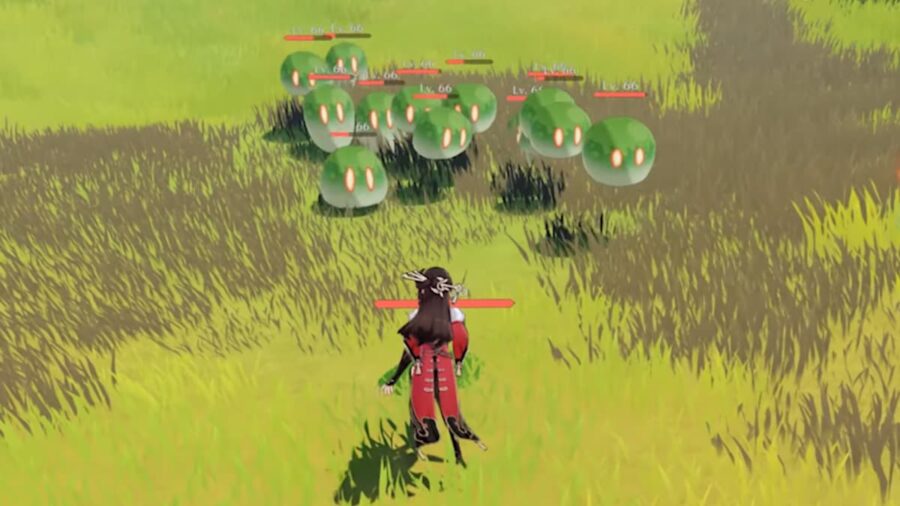 Slimes are blob-like monsters that spawn all across the map in Genshin Impact. These creatures come in various types, ranging from Anemo, Cryo, Dendro, Electro, Geo, Hydro and Pyro. When defeated in battle, they drop valuable items which can be used to ascend or level up your character or weapon, like Slime Condensate, Slime Secretions and Slime Concentrate.

These elemental lifeforms spawn in abundance all across Tevyat, and will pop up frequently while you go on about your adventures. However, if you're looking to farm Slimes to quickly ascend a weapon or a character, you should look in more specific areas on the map. In this guide, we'll talk about where you can find and efficiently farm Slimes in Genshin Impact.

Every Slime mob in Genshin Impact will drop Slime Condensate when defeated. For higher level ascensions however, you will require Slime Secretions and Slime Concentrate, which can be crafted by using Slime Condensate at Alchemy benches in Mondstadt and Liyue. Apart from crafting, Slime Secretion is dropped by level 40+ Slimes, while Slime Concentrate is dropped by level 60+ Slimes. That being said, the following are the 2 best locations to farm for Slimes in Genshin Impact.

Related: How to farm Hero’s Wit in Genshin Impact

A good concentration of Slime mobs spawn in area northwest from Liyue Harbor, toward the east of Guyun Stone Forest. Simply take a stroll around the beach, and you will find Slime mobs in the area. Additionally, the area north of Liyue also makes for a good Slime farm spot with a decent concentration of mobs.

Ley Line Outcrops are open-world challenges that spawn waves of enemies and grants players character XP materials and Mora. Since these challenges will often spawn Slime Mobs, you can collect Slime Condensate by defeating them.

Where to farm Slimes in Genshin Impact