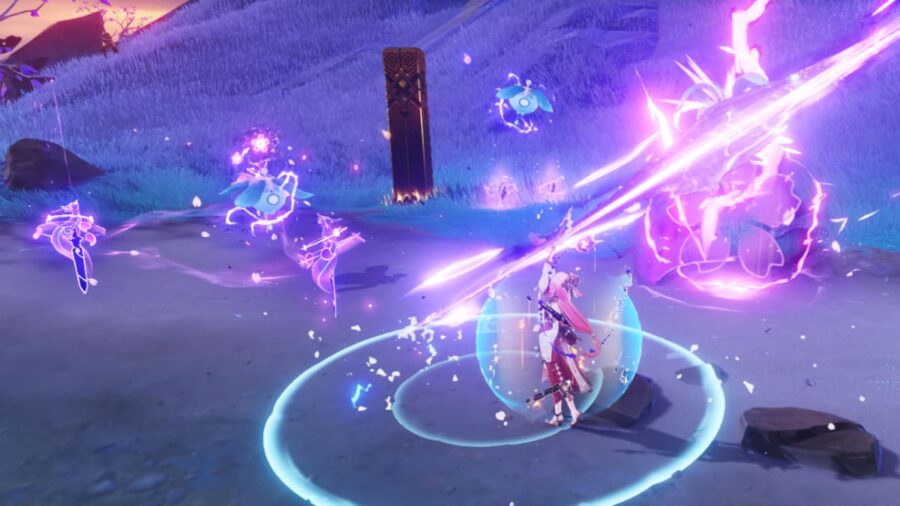 Genshin Impact has a unique combat system where players can utilize different Elements that can be combined to create Reactions that deal status effects and massive damage to enemies. There are seven Elements, each corresponding to an Archon that rules the major nations in Teyvat:

How to activate Transformative Elemental Reactions in Genshin Impact

Elemental Reactions occur when combining various Elements in a specific order. They can be classified into two types: Transformative and Amplified Reactions. Transformative Reactions deal a fixed base damage, which is determined by the level and Elemental Mastery of the character triggering the Reaction (the second Element).

Related: How does Energy Recharge work in Genshin Impact

How to activate Amplified Elemental Reactions in Genshin Impact

The best possible outcome damage-wise is to inflict Cyro damage first and then cause Pyro damage to trigger the 2x damage multiplier.

It's best to apply Pyro first, then use Hydro to trigger the Reaction. Doing so will merit you the 2x damage multiplier, versus 1.5x if you inflict the Elements in reverse order.

Dendro is a new Element that has only been introduced in a few instances in-game, particularly for the Burning Reaction that players can trigger when applying Pyro onto environmental grass. However, with the release of Sumeru, Dendro will bring in an array of new Reactions that players can experiment with.

The information below is not final and is based on leaks posted by the Genshin Impact community. Since these Reactions are still in the testing phase, please keep in mind that there may be major changes upon release in Version 3.0.

Building a party with Elemental combinations can buff your team, whether in combat or exploration. In particular, there are plenty of benefits in having two members with the same Element.

Check out our guide on How does the Sunfire Jean Reaction work in Genshin Impact to trigger a special Reaction in the game.