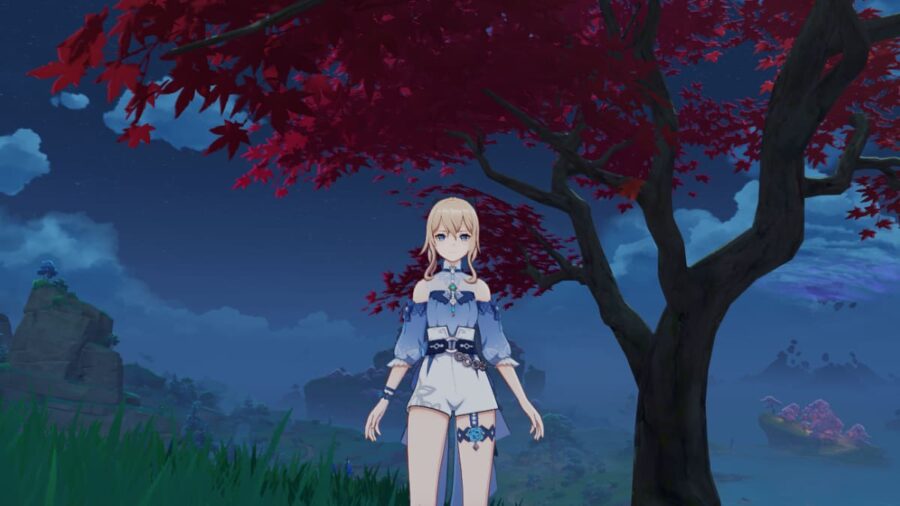 While not an official Reaction, Sunfire is a term coined by the community to refer to the effect of an Anemo character constantly using the Swirl Reaction to reapply Pyro. This effect is unique to Bennett and a few Anemo characters, the most popular being Jean, with Kazuha as a close second (although their mechanics are slightly different). It's one of the easiest ways to break shields—especially Electro shields from enemies like the Abyss Lector, Raiden Shogun Weekly Boss, and more.

How does Sunfire work in Genshin Impact?

To create Sunfire, you need to combine Bennett and Jean's Elemental Bursts. This is because they both hold the same unique property:

When you get close enough to the enemy, the Pyro will Swirl onto it, dealing damage and breaking shields. Jean is an amazing choice for creating Sunfire, as her Elemental Burst Swirls very fast, allowing Pyro to reapply every two seconds or so.

Bennett can be equipped with his standard support build, but try to raise his Attack and Energy Recharge as high as possible to increase his Burst's uptime. Aim for around 200 percent Energy Recharge, with some wiggle room to go less if you have Raiden Shogun on the team.

Meanwhile, equip Jean with a four-piece Viridescent Venerer set, with a focus on increasing her Elemental Mastery. Swirl uniquely scales off of a character's level and Elemental Mastery, so it's highly recommended to level Jean up to 90 to increase her damage output. Focusing on Attack is not necessary, as the numbers will come from your Elemental Mastery stacks. Additionally, try to also increase Jean's Energy Recharge to about 200 percent to increase her Burst's uptime—again, with some wiggle room to decrease if you have a battery like Raiden Shogun.

There are plenty of options for triggering Sunfire Jean, as you only really need to maintain Bennett and Jean in the party. However, the most popular team for this Reaction is Xingqiu, Raiden Shogun, Bennett, and Jean—a combination commonly known to Overvape. First, use Raiden and Xingqiu's Elemental Skills to apply Electro and Hydro, then follow up with Bennett and Jean's Bursts to trigger Sunfire. The constant Pyro application will react with the existing Electro and Hydro, dealing three Reactions at the same time: Overload, Vaporize, and Electro-Charged.

Additionally, Sunfire can be used to optimize existing popular combos. For instance, the Melt Ganyu team is notorious for not using Ganyu's Elemental Burst, as it could trigger Melt in place of her Charged Attack. As a result, you miss out on the 20 percent Cryo Damage bonus from her Burst. But with Sunfire, the Pyro applies so often that you can keep triggering Melt through Charged Attacks, even with Ganyu's Burst active.

Check out our Best Raiden Shogun / Ei build in Genshin Impact – Weapons, Artifacts, and more! to raise one-fourth of the Sunfire team.

How does the Sunfire Jean Reaction work in Genshin Impact