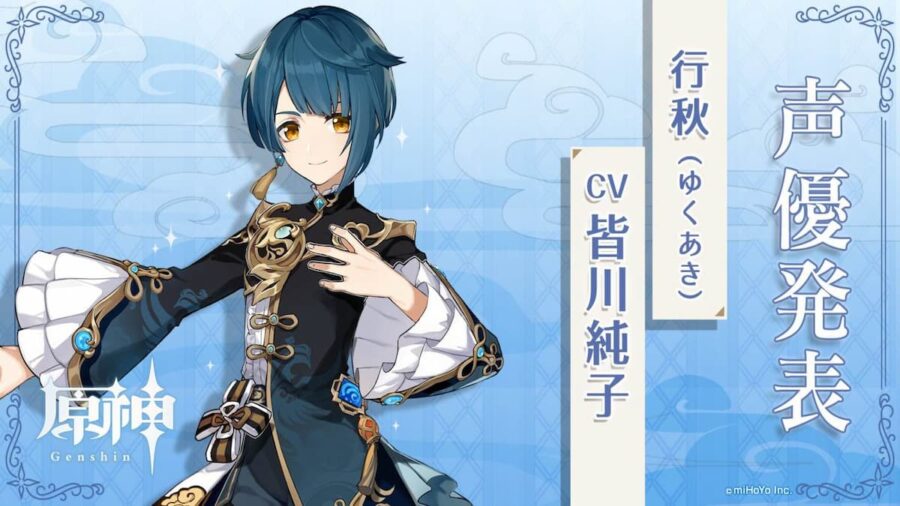 Xingqiu is Genshin Impact's premiere 4-star Hydro character. In a game based around creating reactions for maximum damage output, the constant Hydro application that Xingqiu provides is incredibly important for any account to access. He also provides some valuable defensive utility via damage and interrupts resistance. Overall, Xingqiu is one of the most valuable characters in Genshin Impact. Here's how to optimally build and set your Xingqiu up for success.

Xingqiu's bread and butter is his Elemental Burst, Raincutter. This powerful ability causes Hydro Rain Swords to fly towards enemies your character attacks. In doing this, Xingqiu will constantly apply huge Hydro damage that can hit multiple enemies close together. Constellations make this effect even more potent, creating what is essentially a Hydro machine gun.

Xingqiu is known as a "quick swap" character. His role in most teams is to swap on field, cast his Elemental Skill and Burst, then swap off. Most of his damage comes from his off-field Burst, so it's best to just use it and let your on-field DPS take advantage of the additional damage and Hydro application.

While Xingqiu is known primarily for his Hydro application and propensity for causing mass Elemental Reactions, he's no slouch on the damage side of things either. His build should be focused around providing enough Energy Recharge to always have his Elemental Burst available. After that, it's all about the damage.

Xingqiu is a flexible character, allowing you to fit almost any sword you have on him. His best 5-star options are:

If you don't have these options available or open for Xingqiu, plenty of 4-star weapons can do the job. His best options are:

Sacrificial Sword is seen as one of, if not Xingqiu's best option overall due to its passive. With two casts of his Elemental Skill available, Xingqiu can E > Q > E for maximum damage and Hydro Energy generation. At R5, the chance of a cooldown reset goes up to 80%. Since it hits twice, you're almost guaranteed to get this rotation every time.

Related: Genshin Impact – When is the Next Banner Coming?

The best Artifact set for Xingqiu is Emblem of Severed Fate. This set provides 20% Energy Recharge on the two-piece and a huge Elemental Burst damage bonus based on total ER on the full set. This is perfect because you want to build a ton of Energy Recharge on Xingqiu. For reference, you'll want at least 180-200% ER on him, preferably more if you don't have C6. This requirement is also why Sacrificial Sword is so good.

For main stats, you want to have a Hydro Damage Bonus Goblet, a Crit Rate/DMG Circlet, and either an ATK% or an ER Sands. To determine which Circlet to use, try and make your Crit Rate to DMG ratio a 1:2 (ex. 50%:100%). For your Sands, use an ER one if your total ER is below the 180% minimum. If you have more than that, an ATK% Sands will increase your damage by a decent amount.

For anything to do with Ascension Levels and how to acquire the materials for them, check out our farming guide for Xingqiu!

One of Xingqiu's most iconic teams is the National team. This team uses strong off-field DPS characters Xiangling and Xingqiu, as well as the powerhouse buffer Bennett, to create one of the highest DPS teams in Genshin Impact. The fourth character for this team can vary, with Raiden Shogun, Sucrose/Kazuha, and even Chongyun being great options.

Xingqiu's sheer volume of Hydro application opens him up to the Taser team. This composition focuses on the Electro-charged reaction to provide tons of area-of-effect damage that spreads among enemies like wildfire. Fischl is really the only required unit, with the second Electro slot being fill-able by Beidou, Yae Miko, and Raiden Shogun. The Anemo slot can be either Sucrose or Kazuha, depending on whether you need an on-fielder or not.

Xingqiu works wonderfully as a pure Vaporize enabler. Unlike the National team, this setup focuses on buffing a single Pyro carry to deal massive reaction damage. Different Pyro carries have different requirements for Hydro application, meaning that a pairing with Yelan can be ideal. Characters like Yoimiya who apply less Pyro don't need both, though, which opens up specialty support options like Yun Jin. The last spot can be any strong support, such as Bennett, Kazuha, or Zhongli.