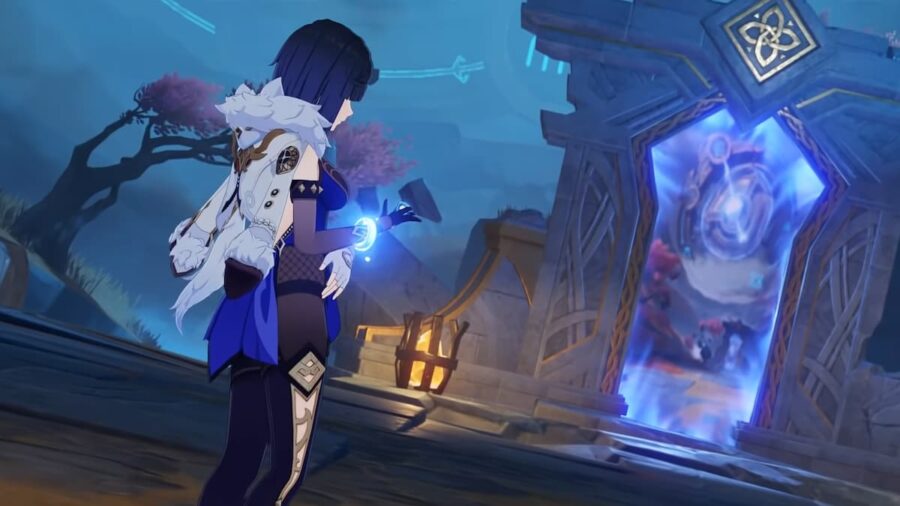 Yelan is a Hydro five-star bow user in Genshin Impact who can be slotted into a variety of teams. Before you can hit hard with Yelan's attacks, though, you need to figure out what artifacts to equip her with and what team comps she should be placed on. Here is the best build for Yelan in Genshin Impact.

Yelan can be ran as both a DPS and support Hydro user, depending on how you build her and what your team needs. Like most five-star characters, she's being released alongside a weapon that is specifically made for her.

As a substitute, you may find that The Stringless bow works well with Yelan, as it provides a 24 percent boost to elemental skill and burst damage.

Related: How to get all Spices from the West dish recipes in Genshin Impact

Artifact sets for Yelan should focus on boosting her burst or Hydro damage. There are three sets that seem to work best with Yelan:

Of course, you will be more likely to go for Noblesse Oblige if you need support Yelan, while Heart of Depth and Emblem of Severed Fate are better for a DPS build.

Yelan can actually slot into a variety of teams due to her ability to apply Hydro to opponents. When playing with Yelan as your DPS, keep in mind that you won't be getting close to enemies, so allies like Xiangling and Kaeya's burst may not work great for you. Here are some examples of characters who can work well with DPS Yelan:

Here are characters who Yelan can work with as a support:

Ideally, you want to work to support a DPS like Hu Tao or have characters like Fischl who can provide off-field elemental damage from a distance.