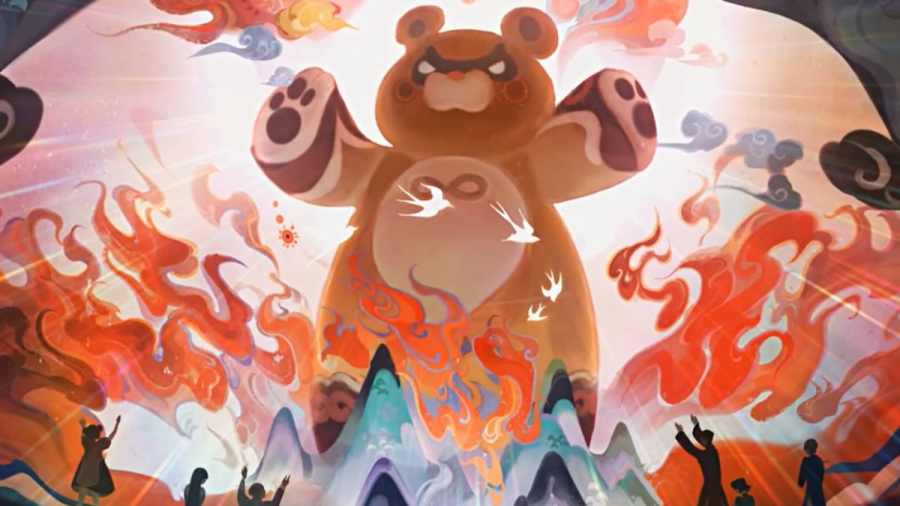 Guoba is Xiangling's adorable companion who can be summoned through her Elemental Skill. While he seems like a harmless panda-like creature unable to speak with humans, he seems to be far more than meets the eye.

Is Guoba the Stove God in Genshin Impact?

Guoba was once known as Marchosius, one of the many gods who were well acquainted with Morax during Liyue's early history. He was largely known as a friendly god who loved humans, turning himself into minions that warmed up homes by lighting up stoves and helping Liyue's inhabitants cook. His reputation earned him the moniker "Stove God."

The Guili Assembly was once home to Liyue's people, but a great flood pushed them southward—to what is now known as Liyue Harbor. However, during the Archon War, more calamities plagued Liyue, and Marchosius used up all of his power to quell these storms. During this process, he lost most of his intelligence, and his body greatly reduced in size. After leaving various recipes to Rex Lapis and Madame Ping as part of his legacy, Marchosius then retreated to a cave in a mountain to fall into a long slumber.

How did Guoba meet Xiangling in Genshin Impact?

Centuries after Marchosius' slumber, Xiangling stumbled upon the very cave where he resided. She snacked on a piece of Chili-Minced Cornbread Bun and placed one on the altar before falling asleep from fatigue. Upon waking up, she was met with the sight of the little panda-like bear who had eaten her Cornbread Bun. Without knowing about his long history, Xiangling named the creature Guoba, and the latter began following her around since then.

Who is Guoba in Genshin Impact Lore?