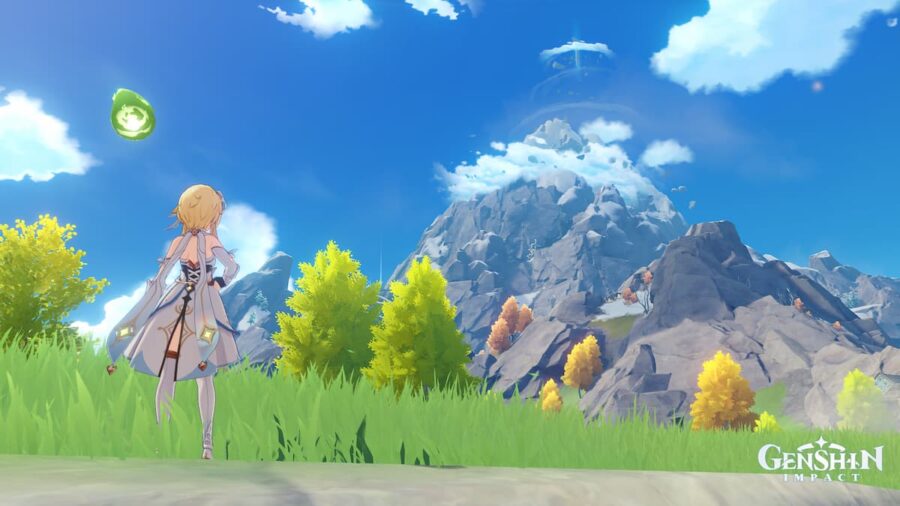 Genshin Impact's first additional region, Dragonspine Mountain, excited fans in when it was released in Version 1.2. So much so, that they may have skipped over much of its lore while searching for stone tablets or climbing to its peak. Don't worry. If you missed out, we've got an abridged version right here for you.

What is Dragonspine in Genshin Impact?

Dragonspine is a mountain located in the southern part of Mondstadt. It used to be called Vindagnyr. About 500 years ago, the dark dragon, Durin, went to battle with and was defeated by the wind dragon, Dvalin. Durin's body was left on the mountainside and decomposed, and the mountain became better known as Dragonspine. It's considered one of the most dangerous regions in Mondstadt due to its year round icy chill.

What is Sal Vindagnyr in Genshin Impact?

Sal Vindagnyr is the ancient civilization that Dragonspine's ruins belong to. Around the time of the Archon War 2000 years ago, a group fleeing the cold of northern Mondstadt came to a lush, green mountain. They founded a city on top of and inside the mountain, enjoying prosperity and blessings from Celestia.

One of the main features of this city was its great, white tree, which was likely connected to Irminsul. The last princess of Sal Vindagnyr was born underneath it. She was known to have the visions of the future and would paint them as frescos. Her last vision was an omen. She saw a black dragon covering Sal Vindagnyr in clouds of scarlet poison. Around this time or shortly after, the Skyfrost Nail fell from the sky onto Vindagnyr.

What the Skyfrost Nail did to Sal Vindagnyr in Genshin Impact

The mechanics of the Skyfrost Nail are still a mystery, but we do know two things. One, it came from Celestia, and two, after it fell onto Vindagnyr, the mountain quickly went from lush and green to a snowy wasteland. The princess gave a foreign hero, Imunlaukr, the Snow-Tombed Starsilver sword, asking him to search for a way to reverse what had happened. He's described as being "close" to the princess, but he took her command and left Sal Vindagnyr.

Soon, the great, white tree began to wither. The people of Sal Vindagnyr attempted to heal it via the Ley Lines, but before they could, the Skyfrost Nail split into three pieces. Again, the mechanics here are unclear, but this caused the great tree to die. The princess tried to graft a branch of the great white tree onto another tree on a nearby small island, but the graft failed and she died in the process.

Imunlaukr returned to find the entire city abandoned. He swore to "pass the time with a song of iron and blood", then he left the Snow-Tombed Starsilver sword in the chamber pictured above and went on a journey of vengeance.

If you want to learn more about the lore of Genshin Impact, check out The Chasm’s lore explained | Genshin Impact here at Pro Game Guides.