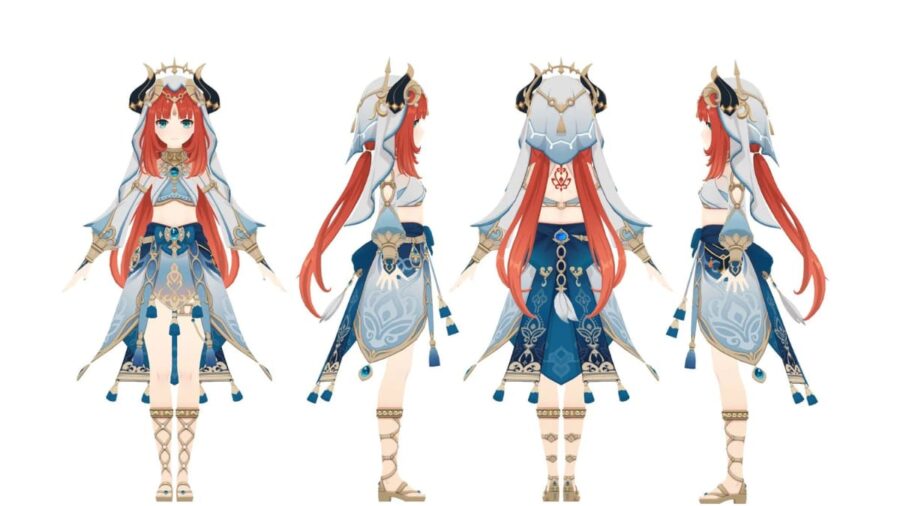 Nilou is a name that was first revealed by Genshin Impact's army of leakers, and she quickly became one of the community's most highly-anticipated characters. In fact, r/NilouMains, a subreddit dedicated to the red-haired dancer from Sumeru, has already attracted over 5,000 members waiting for her release. Despite all the hype about Nilou, nothing has been revealed about her in the game, nor is she a part of Genshin Impact's confirmed lineup of characters for Version 3.0. With that said—here's everything we know about Nilou.

Who is Genshin Impact's Nilou?

Nilou is allegedly a five-star Hydro user expected to come sometime during the Sumeru update. Early rumors believed that she might be another Hydro healer, but leaker @SpendYourPrimos stated that she isn't likely to be a healer and may instead focus on triggering the Bloom Reaction (Hydro and Dendro).

Based on an early leak of her Elemental Burst, Nilou seems to wield a one-handed sword and has a teenage female body model similar to Keqing and Yun Jin. She is seen to have long red hair covered by a veil and horns and is wearing a two-piece coordinate with a primarily blue color palette. According to leaker @Ubatcha1, Nilou is a dancer at the Zubayr Theater and seems to be loved by spectators due to her ability to infuse emotions into her dances.

When will Nilou release in Genshin Impact?

According to one of Sumeru's star leakers, @hxg_diluc, on Twitter, Nilou's banner could run sometime in Version 3.1, although there is little basis to back this assumption. It's best to wait for Genshin Impact to announce more upcoming characters to gauge their approximate release dates, as the future release timeline is not yet set in stone.

Check out Genshin Impact’s upcoming Sumeru characters based on leaks – Scaramouche, Kusanali, Tighnari, Nilou, and More to know more about leaked characters who may come in the future.

Who is Nilou in Genshin Impact?