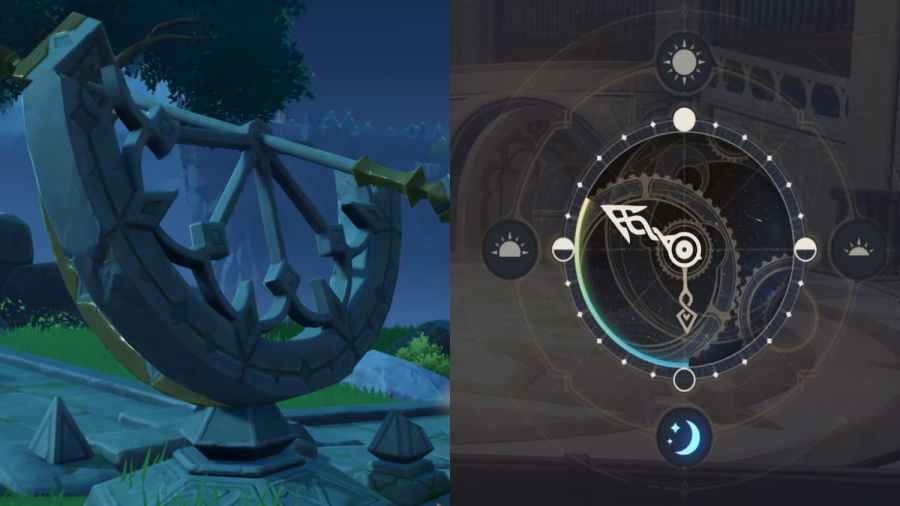 In present-day Teyvat, Mondstadt is primarily known for being a nation under the protection of the God of Freedom, Barbatos. He’s the preeminent god of the Land of Freedom, with the people’s primary religion centered around him.

A few other deities were worshiped as divine beings at one point in the nation’s history, however, such as the Wolf of the North Wind, Andrius, and the God of Storms, Decarabian. One of these mysterious and ancient gods was even worshiped alongside Barbatos himself—the God of Time, Istaroth.

Note: Genshin Impact spoilers for the God of Time below.

Istaroth, the God of Time

Istaroth went by a variety of different names—she was known as the God of Time, God of Moments, and Thousand Winds of Time by the people of Mondstadt, while the residents of Enkanomiya referred to her as Kairos or Tokoyo Ookami. Istaroth hasn’t made any appearances in-game as of yet, but various references to her throughout Mondstadt and Enkanomiya help to paint a picture of who, and what, this enigmatic being really is.

Long before the Archons and The Seven, Istaroth was one of four shades of the Primordial One created as support in its battle against the Seven Sovereigns of the old world. This grueling fight for the fate of Teyvat lasted for 40 years, ending with the Primordial One and its shades emerging victorious and seizing control of the seven nations. Istaroth then assisted with the creation of the new world before descending upon it as one of the new gods.

Related: Who is Dainsleif in Genshin Impact?

For a time during Barbatos’ earlier days as the Anemo Archon, Istaroth was worshiped alongside him by the people of Mondstadt as one of their major gods. Three prominent clans of the nation—the Gunnhildr, Imunlaukr, and Lawrence clans—would regularly conduct worship practices at the Thousand Winds Temple, located atop a small cliff facing Mondstadt’s Eastern sea.

Eventually, the Lawrence clan began to suppress knowledge of Mondstadt’s history, destroying historical records and relics in an attempt to hide their clan’s degeneracy. This, combined with the reduction in size to the Mondstadt Library, led to Istaroth being mostly forgotten by the nation’s people. References to Istaroth can still be found in the present day, however, subtly preserved through phrases related to the winds of time.

Related: Who is Rhinedottir/Gold in Genshin Impact?

After being cast into the depths, Enkanomiya’s residents prayed desperately to the Primordial One and its shades for salvation. Their pleas were ignored by all but Istaroth, who eventually came to be called Kairos and Tokoyo Ookami by the people. Her power of undying wind became one of Enkanomiya’s major elements, alongside the draconian Bathysmal Vishap’s power of water.

For a time, a group of people known as the Scribes of Tokoyo Ookami had dedicated themselves to recording the history and passage of time in this forsaken land. The arrival of Orobashi led to a decline in worship of Istaroth, however, with Orobashi becoming the prominent guardian deity of the people.

Eventually, Celestia offered the people of Enkanomiya passage to the surface, but at a price—they had to forfeit any knowledge of the old world. The people agreed and Watatsumi Island was established, leaving the God of Time to become little more than a memory to the souls still lingering in Enkanomiya’s depths.

Not much else is known about Istaroth as of yet, but more information is sure to be revealed as the Traveler continues to learn about the hidden truth of Teyvat. She's a pivotal and powerful character in the lore of Genshin Impact, one who may be forgotten but not actually gone.

Looking for more great Genshin Impact content? Be sure to check out How to solve the symbol code puzzle north of Evernight Temple in Genshin Impact here at Pro Game Guides.

Who is the God of Time in Genshin Impact?