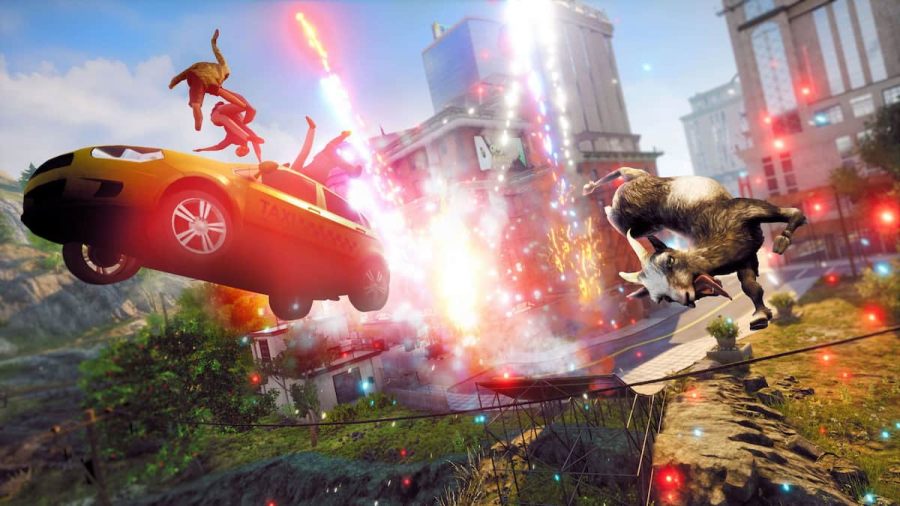 One of the most irritating quests in Goat Simulator 3 is the Wanted: Whistleblowers. The quest revolves around you capturing three NPC characters that have been whistling and causing a nuisance to Downtown people. While the mission may sound simple at first look, due to the availability of the wanted posters, it is not the case as the mentioned NPCs are present among the crowded areas of the Downtown area and requires quite a lot of scouting to find them. So, if you are trying to solve the given mission, you can start by locking up Goldilocks across the police station and capture others using the below clues.

As mentioned earlier, there are three wanted persons, and you can find them in the following locations.

Related: How to complete the Farmer’s Got the Talent mission in Goat Simulator 3

Capture each one of the Whistleblowers using the licking mechanism and bring them back to prison. Once you have all the whistleblowers behind the bar, you will complete the mission.

How to complete the Wanted: Whistleblowers quest in Goat Simulator 3