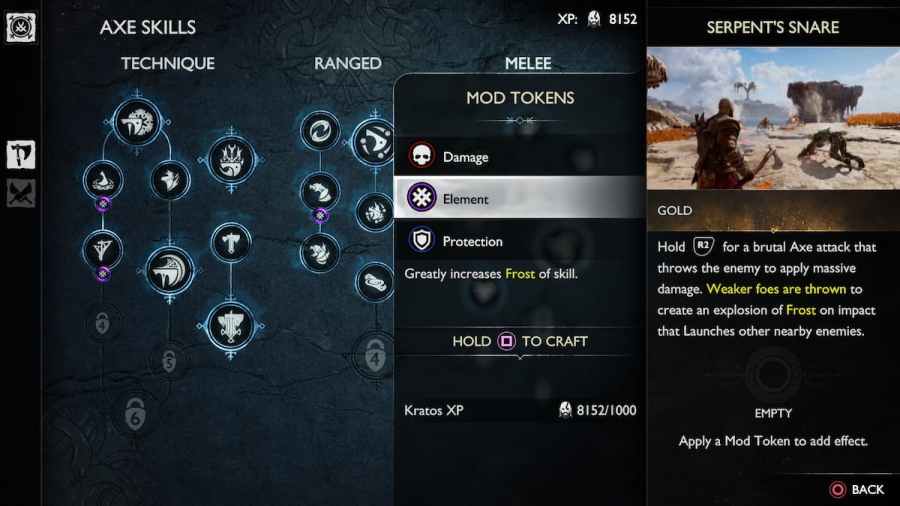 In God of War Ragnarok, Kratos and Atreus travel the nine realms and fight all manner of creatures. Kratos will earn XP and skills during their journey. After you have purchased these skills, you can unlock skill mods that will make the skills even more powerful. Here are the best skills mods to choose from in God Of War Ragnarok.

Most skills can have skill mods applied to them after you have completed their entire Skill Labor, from bronze to gold. You can pick from three mod tokens; some skills have different mod tokens available. The best mod will depend on the specific skill. However, we have ranked the best skill mods in order:

Related: How to open the Nornir chest at Radsvinn's Rig in God of War Ragnarok

How to unlock skill Mods in God Of War Ragnarok

Skill mods are unlocked by completing the skills labor. You will need to use the skill many times to unlock the gold tier and then the skill mods.

The best way to unlock skill mods is Niflheim at the Sparring Arena. The arena will spawn an unlimited amount of enemies to defeat, which you can use the skill on until you unlock the skill mod.

For more information on God Of War Ragnarok, check out How to level up and upgrade gear in God of War Ragnarok on Pro Game Guides.

Best skill Mods to choose in God of War Ragnarok