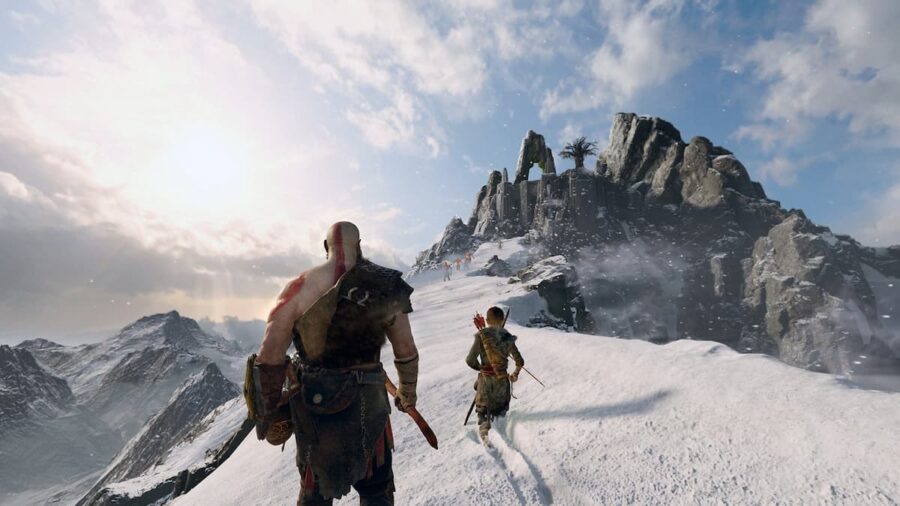 The fourth entry in the God of War series sees Kratos attempting to leave his past behind by starting a family in the new setting of Ancient Scandinavia. Ever since the game was first released in 2018, it has received a wide range of critical acclaim and even secured a Game of the Year win at the Game Awards. With the sequel right around the corner and the newly released PC port, players may be tackling this game for the first time. Here is the best difficulty to play God of War on.

There are four difficulty settings in God of War: Give Me a Story (Easy), Give Me a Balanced Experience (Normal), Give Me a Challange (Hard), and Give Me God of War (Expert). The first three difficulties are pretty self-explanatory, with a slight increase in difficulty with each tier. However, Give Me God of War is, for lack of a better term, insane. Not only are you weaker and enemies stronger, but the placement of the enemies in battles and their mechanics have all been tweaked to abuse you. The worst part of it is that once a game is started on Give Me God of War, the difficulty cannot be changed.

Related: Who is Kratos’ voice actor in God of War?

However, God of War's highest difficulty setting, Give Me God of War, actually does more than just tweak enemy damage. The developers actually changed the way enemies behave in battles, from their positioning to their attacks. While this difficulty is definitely unbalanced, it doesn't feel as unfair as enemies just doing insane amounts of damage. This difficulty actually forces you to think of out-of-the-box ways to approach every battle, and it is not for the faint of heart.

For more God of War guides, check out Best armor in God of War right here on Pro Game Guides.

Who is Kratos’ voice actor in God of War?

Best armor in God of War

All Treasure Map Locations in God of War

How Many God Of War Games are There?

All God of War Games, in Order