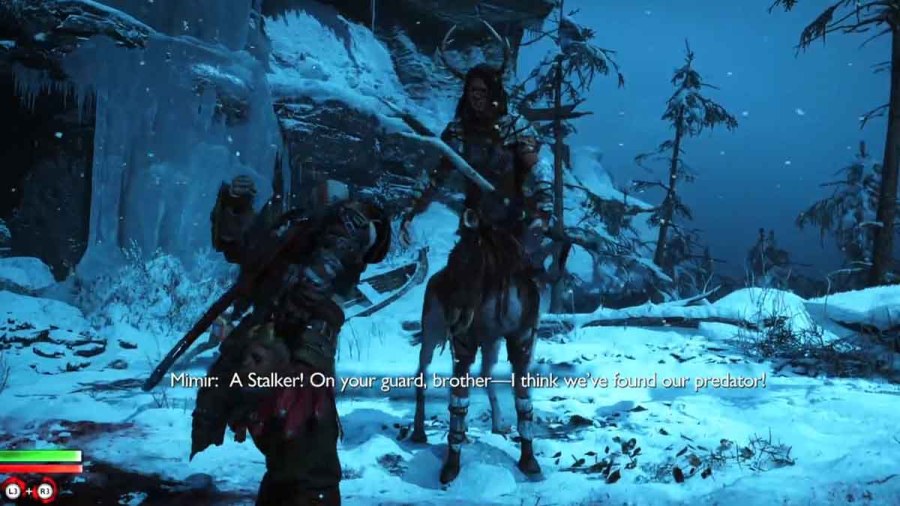 After tackling Bjorn and Thor, Kratos' next challenge in God of War Ragnarök is the Huntress. The centaur-esque warrior of the wilds takes her opportunity to drop the God of War while he is weakened. The joke's on her, as Kratos won't be laid low easily.

One of the biggest things to note during this fight is that Kratos does not have his shield. As such, blocking is out of the question. Keep your thumb hovering over that dodge button as the Huntress is fond of unleashing multiple, quick attacks. Most of her attacks are telegraphed with a yellow circle, giving you enough time to dodge out of the way.

Related: What is the max level cap in God of War Ragnarök?

The Huntress' weak spot is the majestic crown of antlers atop her head. Keep her distracted with plenty of arrows from Atreus while you line up throws with the Leviathan Axe. After a few blows this way, she'll be stunned and will drop to her knees, giving you plenty of time to get in close and really do some damage. Finally, you should have plenty of Spartan Rage from the various enemies encountered up to this point. Feel free to unleash it on the Huntress as soon as possible to show her the error of her ways. Stay patient, dodge, and keep chucking your axe to finish her off.

For more God of War goodies, check out How to change the dodge button in God of War Ragnarök on Pro Game Guides.

How to defeat the Huntress in God of War Ragnarök