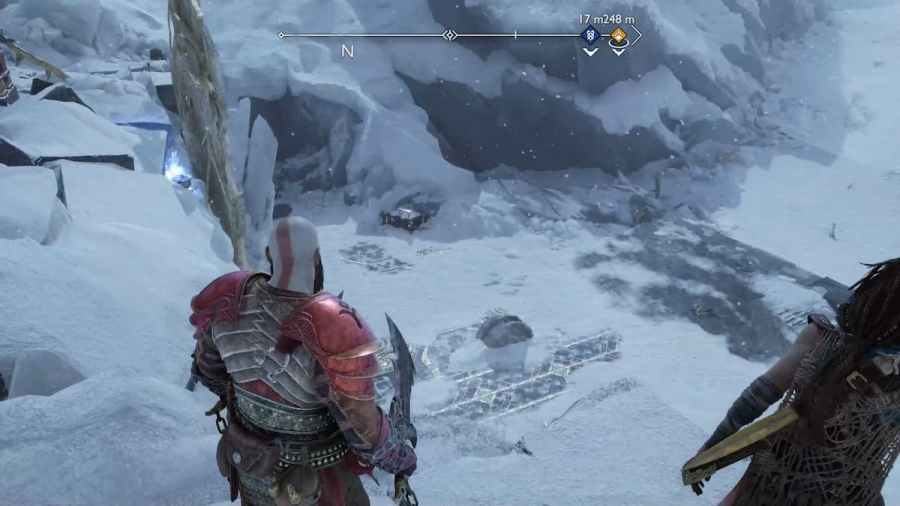 God of War Ragnarök expands upon much of its predecessor but carries over many familiar features. This includes chests sealed shut with runic magic. To open these locked Nornir chests, you must complete various puzzles, including the one in The Lost Treasury. This may leave you wondering how to open the Nornir chest in Midgard's The Lost Treasury in God of War Ragnarök.

You will need to move the shield wall to the left to uncover the first torch. Once you have done this, use Freya's magic to make a link and strike this with the Blades of Chaos.

Related: How to beat Gravel Belly in God of War Ragnarök

Move the shield to the right and climb up. Detonate the explosive in front of you to remove the pillar and open a path. Go through and defeat the enemies. Turn around and look at the top of the wall to find the next torch. Have Freya create a link and ignite it using the Blades of Chaos.

Return to the pillar you knocked over and slide it to the left. Climb down and move the shield to the right, causing it to get stopped by the pillar. Have Freya use a Sigal Arrow and freeze one of the gears on either side of the shield. Use your axe to freeze the other. Enter the open gate and destroy the chain beside the entryway. Create a link with Freya's magic and ignite it with your Blades of Chaos.

With all three bells struck, return to the Nornir Chest, which will be glowing gold. Open it to collect your rewards. This chest contains a Horn of Blood Mead, increasing your rage after gathering three.