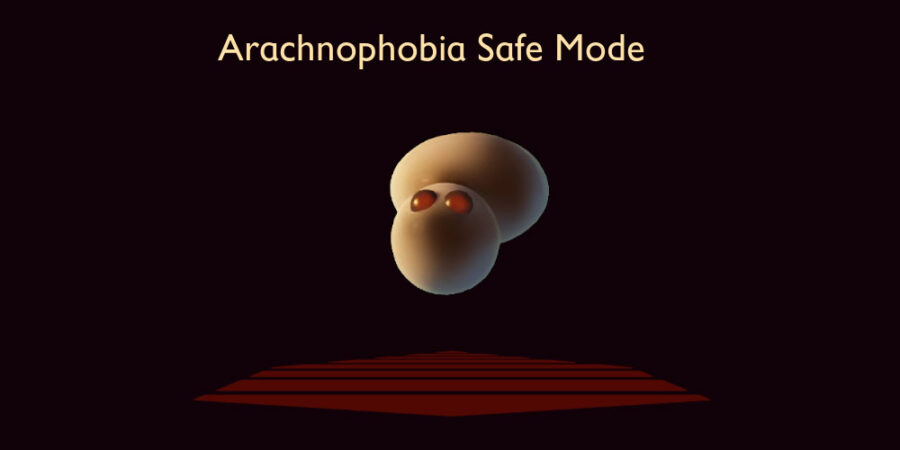 If you were wanting to play Grounded, which is a game that shrinks you down to miniature size and places you in a yard, and were worried about big spiders then don't worry! You can play the game with ease by reducing the fierceness of the spiders that can be found within. This can be done with Grounded's Arachnophobia Mode, where levels can be raised and dropped based on your tolerance level for the creepy crawlies.

Head to Grounded's Accessibility menu under Options and look for Arachnophobia Safe Mode. If you're super fearful of spiders, you won't even have to look at them because the game blocks out the preview unless you click on it to reveal how they will look based on the level you choose. WARNING: if you really do have Arachnophobia, I will be showing some images from the previews below. I'll be starting with the option that will be the least scary and moving onto the more spider-like options.

This is the safe mode turned up all the way and pretty much removes all features of the spider like the legs, fangs, and even the pattern/coloring of it.

This level keeps the texture/coloring and a bit of the mouth area intact, but makes it looks more rounded and less bug like.

We've kind of got the shape of the spider still, but it has been de-fanged, so no need to worry about venom!

The legs have been completely removed in this level, but you still have the fangs that look a bit menacing.

The first level is almost a fully intact spider, but a couple of the legs have been removed if that's part of the reason they freak you out so much!

Level 0 is the fully realized spider that hasn't been changed at all. So, pick which level you'd like because spiders are going to be pretty large in the game, and if you have an aversion to them it's likely going to be something you struggle with!