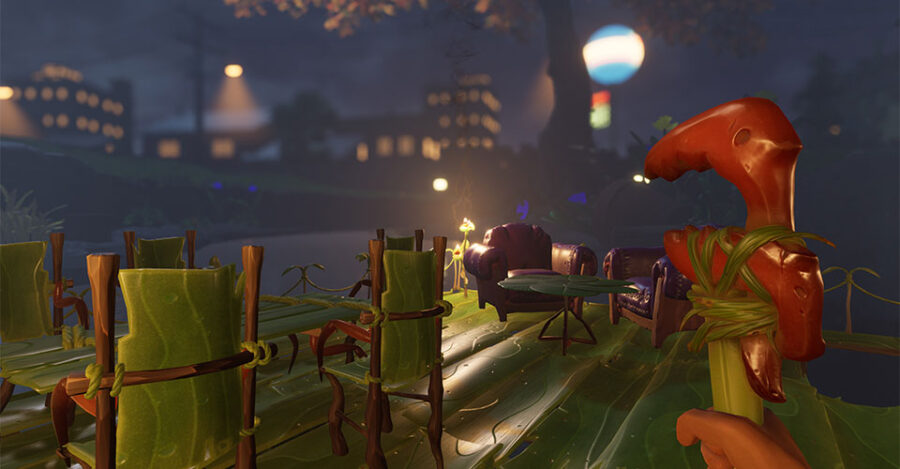 If you've been awaiting the new patch that Grounded has been teasing then your wait is over! The new update is now available and with it comes a variety of new stuff you will be able to play with. This is the first big content update for the game, and we're getting some pretty interesting additions and changes that should really vary things up when you are prowling around the backyard!

The first big addition to the game is a BIRD! We're not entirely sure how it is being implemented, but you will be able to find new crafting materials and recipes that utilize bird feathers. I doubt we're going to have to fight it ourselves, so it might just be us locating it and gathering the resources it leaves behind.

There's also a new perk system that add 13 unique perks in the game to discover. We're still looking into what exactly these are and will have updates for you once the information is found out.

BURG.L has gotten some new quest types, including: Artificer which are crafting quests, and Chipsleuth which as you to locate BURG.L chips.

If you're a fan of building then you've got some new fences that can be build with Sprigs or Acorns. There's also some new tables which you can make with Grass and Clover! This should give you a lot more options to decorate your base how you like it.

Finally, the Water Flea has been added to the game and is an ambient insect that patrols around the flooded biome area!

There have also been some combat changes. The Spider Fang Dagger has had its damage buffed, which makes it comparable to tier 2 weapons. Spike Traps were buffed "significantly" according to the official notes. Spiders have also learned a new set of attacks, which means they are going to be a whole lot harder to handle! Block events have been given a brief delays so you can't just mash down the block button to protect yourself.

In terms of changes to the world, you will now find some footprints around the yard. Someone is stomping through the backyard, so be careful where you place your base! The flooded area that is to the southeast on the map has been revised, and the clover cave layout and lightning have been altered.

There's a whole lot going on in this update, so be sure to check out the official patch notes right here!

How to turn on Arachnophobia Mode in Grounded?