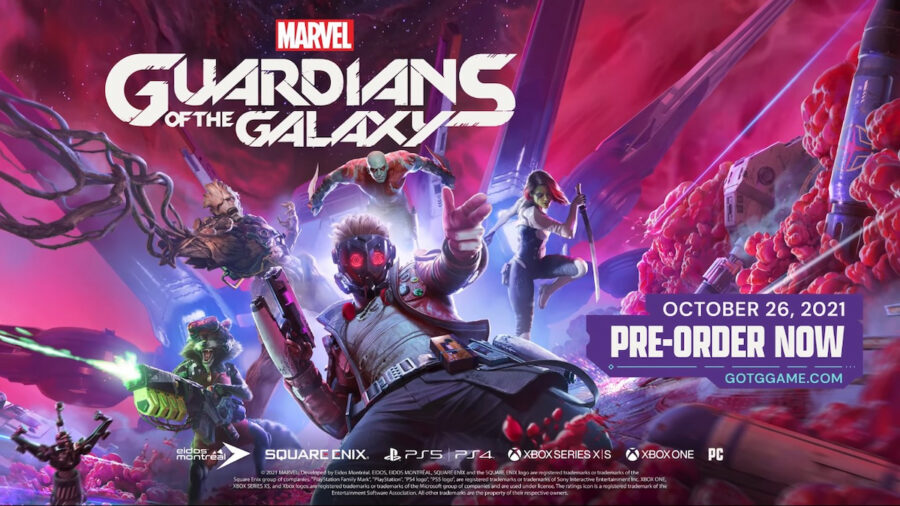 That personality trait for the character will make its way into the game; however, Square Enix went all out with its selection of songs. In the canon of the films, Star-Lord was abducted from Earth in the late 80s, so his musical taste mostly sticks with that era of music and older. To properly reflect Star-Lord's music sensibilities, Square was able to get the rights for a vast spectrum of iconic music from the 80s and older.

Related: How does the combat work in Guardians of the Galaxy game?

The Guardians of the Galaxy video game will feature a tracklist of world-famous bands like KISS, a-ha, Mötley Crüe, Def Leppard, New Kids On The Block, Tears For Fears, Europe, Flock of Seagulls, and Billy Idol. Of course, no 80s inspired soundtrack isn't complete without a Rickroll - Rick Astley's meme-tastic "Never Gonna Give You Up" will also be part of the soundtrack.

There are even two brand new songs from the Star-Lord Band. Square Enix has specified the current list of the songs, which you can find on Spotify, is almost the complete listing. There will be more songs coming to the game. Guardians of the Galaxy is going to be released on October 26.