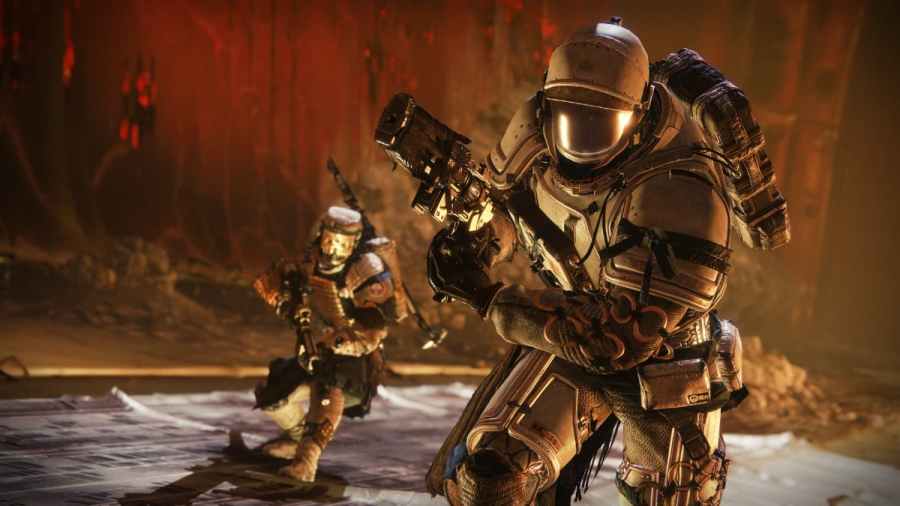 The Pit of Heresy is one of several Dungeons in Destiny 2. It takes Guardians deep within the bowels of the Scarlet Keep on the Moon. Completing a flawless solo run will require little patience and proper planning. There are swarms of enemies, plenty of jumping puzzles, and tricky encounters that can quickly shut down a flawless run. With that being said, several loadout options can greatly reduce that headache.

Rat King isn't necessary to use if a Guardian is running as a Hunter that will abuse invisibility. However, for the other two classes, we recommend using it as reloading immediately after a kill grants a brief period of invisibility. This will be absolutely critical to keeping hordes from overwhelming you.

Otherwise, Guardians will want to bring each of the following. A linear fusion rifle (Taipan-4FR) is almost mandatory for most encounters. Otherwise, range and something like the Calus Mini Tool are your best friends for clearing out swarms of Thrall and Acolytes.

We're a fan of using Loreley Splendor thanks to its ability to automatically regenerate health upon reaching the critical state through deploying a barrier. Just make sure you're running high Resilience and Regeneration.

Invisibility is the name of the game with running the Pit of Heresy. As such, Hunters have an immense advantage with their ability to turn invisible. Running with Graviton Forfeit makes it that much easier thanks to its Exotic perk that increases the duration of invisibility effects. While invisible, your melee recharges faster, weapons reload faster, and your recovery is greatly increased.

Just like running in a group, Well of Radiance will come in handy by allowing the Warlock to shrug off damage and put out large amounts of damage. There isn't really an exotic that compliments this, so run whatever you like. Personally, we're fans of the Karnstein Armlets due to their health regeneration from slapping anything silly enough to get too close.

Best loadouts for solo flawless Pit of Heresy in Destiny 2