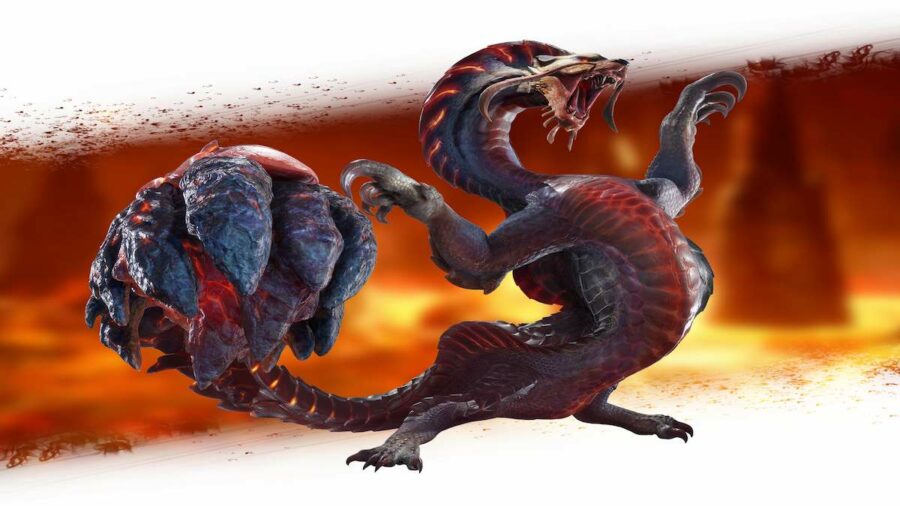 Monster Hunter Rise Sunbreak is a great new experience to play in MH Rise. It features returning monsters and upgrades new monsters to become fiercer than ever before, like Almudron. But you get access to new armor and weapons after carving them, so there's always a plus. To help with this fight, here are Magma Almudron's weaknesses, resistances, and drops in MHR Sunbreak.

Magma Almudron live in the Lava Caverns, manipulating rocks, unlike normal Almudron. They secrete a special liquid that melts the ground, allowing them to move freely through the earth.

Thunder is the best element against Magma Almudron, followed closely by Fire. All damage locations are flat for each element, apart from the tail tip, as every element is exceptionally effective in hitting this location. However, it's not worth bringing a Water elemental weapon specifically to do extra damage at the tail tip.

Blunt damage is the best against Magma Almudron, so Hammers/Hunting Horns should get into the fray and purely focus on its head, with Ammo users backing them up. Those who inflict Cutting damage, focus on the tail tip, especially if you have a Thunder elemental weapon.

Zero stars mean it is immune to that ailment, while three stars mean it's highly effective against that monster. We wouldn't recommend using any status ailment against Magma Almudron. Even though everything but Blast can work against the Leviathan, it's better to go with Raw damage in this fight. Before starting the battle, find a Mudbeetle (Helping Helper) to inflict Waterblight on Magma Almudron, which will increase all damage dealt.

By picking up the white drops, most commonly dropped from monster territory fights. You may get one of these items: Magmadron Shard 27%, Magmadron Cortex 28%, Inferno Lava Mud 30%, Magamadron Mantle 1%, Magamdron Hardclaw 10%, and Large Wyvern Tear 50%.