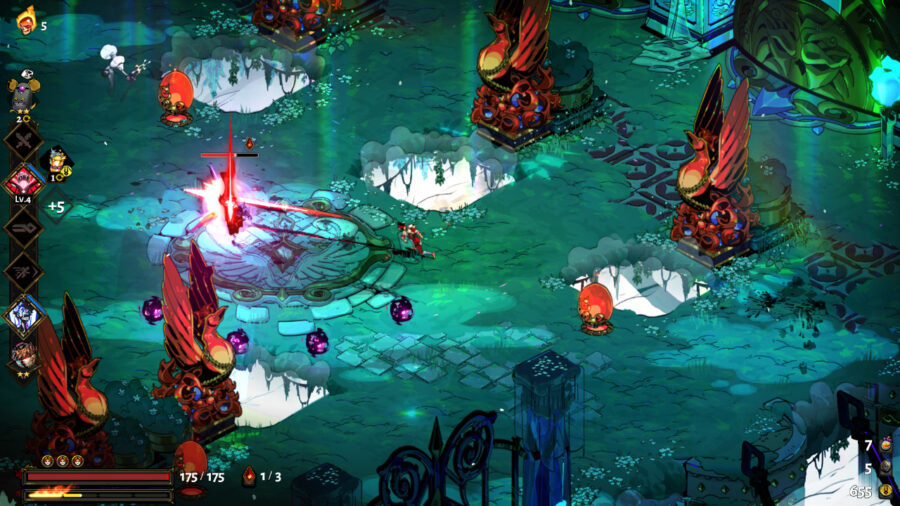 In the fast-paced action game Hades, you can use one of 6 weapons to fight through the pits of hell to escape. Sometimes as your fighting through rooms, the Gods themselves will give you a boon; these boons will stay with you until you fall in battle, then they are lost! Are you ready to defy your father, Hades, the god of the dead, as you fight your way through Greek mythology?

Hades how to use titan blood

To use Titan Blood in Hades, you must choose your chosen weapon type in the Courtyard and then interact with the weapon pedestal to open up the Aspects menu. From here, you can hit the plus icon on the right of each Aspect to upgrade it with Titan Blood.

They are 6 weapons, and each weapon has four Aspects that will drastically change the playstyle of that weapon. Of course, you only start with the one Aspect unlocked, but you can get the rest over time when you start finding Titan Blood.

To unlock each Aspect, you must use a total of five Titan Blood; then, once all Aspects have been unlocked, there is a Hidden Aspect in the weapon that needs certain character dialogue triggers to be able to unlock.

To get Titan Blood, you must defeat boss battles throughout your run, and then you'll be able to claim Titan Blood as a Bounty Rewards. However, it sounds simple, but it's truly not. As you first have to complete the game once to unlock a Pact of Punishment, and then by defeating the final boss a few more times to increase the game's difficulty, to manage to unlock Titan Blood.

Hades: How to Unlock Hidden Aspects

How to get and farm Titan Blood in Hades