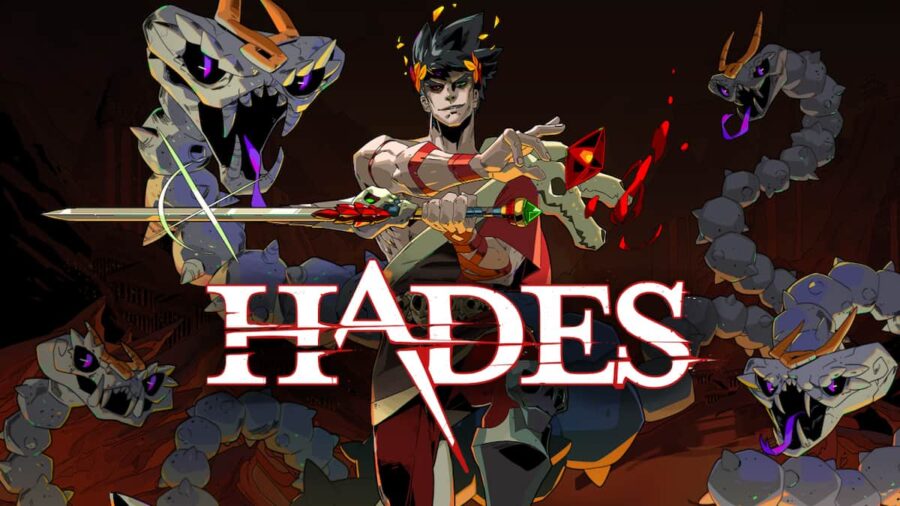 In the roguelike game Hades, most characters can be found by their respective icon on doors. However, some characters are elusive, appearing randomly in rooms with no way to predict their arrival. One of these characters is Thanatos, the embodiment of death itself. Thanatos is a childhood friend of Zagreus and one of the romanceable options in Hades. Here's everything we know about Thanatos in Hades.

Who is the character Thanatos in Hades?

Thanatos is death incarnate, whose mother is Nyx. His older brother is Charon, while Hypnos is his younger twin brother. Thanatos's role involves reaping the souls of the dead, as depicted by his scythe. He frequently travels to the world of the mortals to fulfill his duties, though he is known to visit the House of Hades on occasion.

Thanatos has known Zagreus since childhood, and the two are quite close, although their relationship seems tense at the beginning. Thanatos enjoys competing with Zagreus, testing his skills, and determining whether he can make it to the surface. The two can pursue a romantic relationship if Zagreus so desires.

Where do you encounter Thanatos?

After your initial fight with either Alecto or Tisiphone, Thanatos may appear in Elysium for the first time. He challenges Zagreus to a competition of who can kill the most enemies. If Zagreus wins, he receives a Centaur Heart and that room's reward. After this challenge, Zagreus can offer a gift to Thanatos if desired, increasing his friendship level. This gift will grant Zagreus the Pierced Butterfly Keepsake.

Once this first encounter is complete, Thanatos can appear in any room other than the Temple of Styx. Thanatos also occasionally shows up at the House of Hades, especially if the player encountered him in the previous run. He can be found on the balcony in the north hallway, close to Achilles.

How do you romance Thanatos?

To romance Thanatos, you must be at maximum affinity. You can check your affinity level by opening the Codex of the Underworld and opening Thanatos's page. You can see the number of hearts you've achieved on this page, representing that character's affinity. To romance Thanatos, you must first be at ten affinities, which requires you to gift six Nectar and four Ambrosia.

After gifting Thanatos six Nectar, he challenges Zagreus to a fight. When Zagreus wins, Thanatos can be gifted Ambrosia if encountered in the House of Hades. You must complete this fight to romance Thanatos. Winning this fight also grants Zagreus the Companion Mort. Once you reach maximum affinity with Thanatos, you can decide whether to start a romantic relationship or merely remain close friends.

Who is Thanatos in Hades? Lore, Encounters, and More