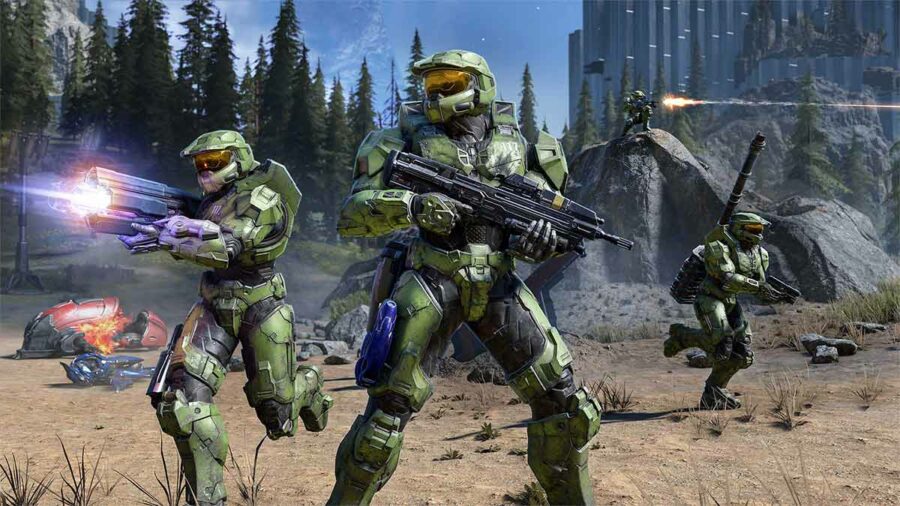 Months after Halo Infinite's release, the co-op campaign is finally being introduced to the game. Initially, the co-op will run in its beta phase from July 11, 2022, to July 22, 2022, and the final version of the mode will be released in August alongside the mission replay feature. Let's see whether you can play with your friends on a different platform.

Yes, the co-op campaign in Halo Infinite does support crossplay/cross-platform. This means that players on all available platforms—PC, Xbox Series X|S, and Xbox One—can play with each other. For instance, if you are running the game on a PC, you can enjoy co-op with players on PC and Xbox consoles.

During its early testing phase, players who enroll into the Halo Insider program will be eligible to play the co-op campaign. Not to mention, you also need to own the Halo Infinite campaign or be an Xbox Game Pass subscriber to join the beta. If you satisfy these criteria, create or join a Fireteam with your friends and choose the "Start Co-Op" option from the main menu to start the co-op story mode.

Stay tuned to Pro game Guides for more Halo Infinite content. In the meantime, head over to our article on How to get the Fall Guy-117 back attachment in Halo 3 (MCC).

Is the Halo Infinite co-op campaign going to be cross-platform?