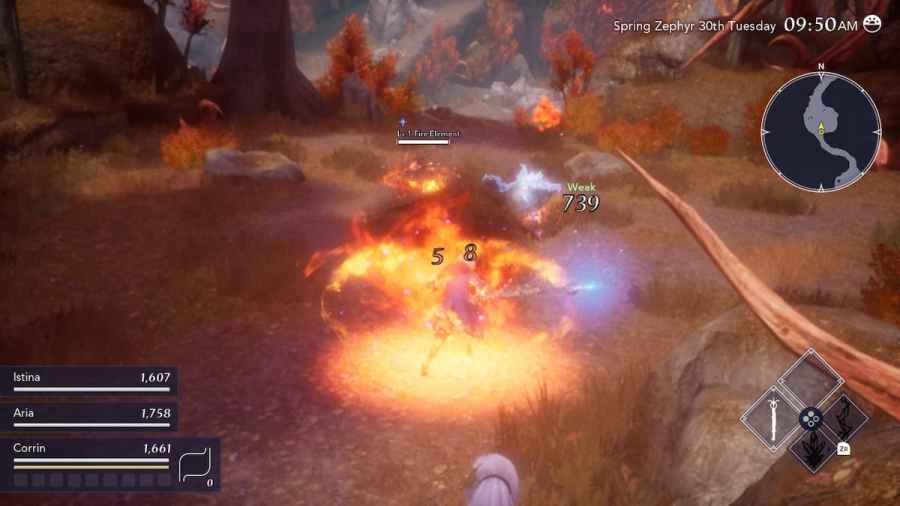 The further players get into Harvestella, the tougher enemies become. Once things like dungeon bosses and FEAR monsters are added to the mix, it can be a bit overwhelming for a new player. Knowledge of a monster's elemental weakness can be a great way to make any fight easier, and the good news is that the game doesn't waste too much time letting the player know what a given enemy is weak to.

What can enemies be weak to in Harvestella?

Here is a list of every element or type of damage in Harvestella:

Most of these attributes are tightly associated with particular Jobs. The Fighter Job, for instance, lets the player use mostly slashing and fire attacks. This is why it's important to always check if there are leftover JP for a particular job. Once players accumulate enough JP, they can learn skills with different effects to let them deal with a wider range of monsters.

Related: Best crops to grow in each season in Harvestella

Once a player encounters an enemy, that enemy will get an entry in the encyclopedia. A good habit for players is to check this page often since it will provide information on which attributes a given enemy is weak to.

The same goes for bosses and FEAR monsters as well. Hydolanzer, for instance, is weak to the Slash, Crush, Ice, and Lightning Attributes. This should work out well for players since they get the Mage Job in the Higan Canyon, giving them access to Lighting and Ice attacks.

All elemental attributes and weaknesses in Harvestella