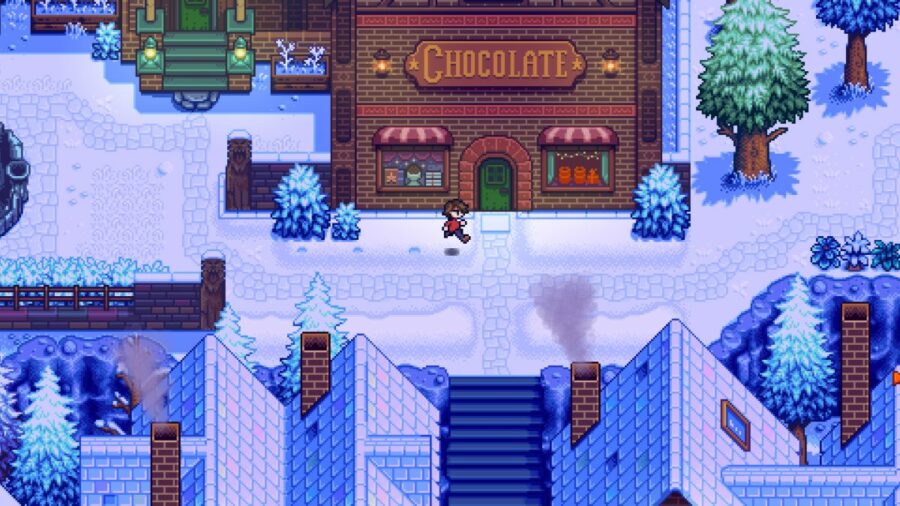 Eric "The ConcernedApe" Barone created the indie smash hit Stardew Valley mostly by himself, and the developer is now ready to reveal his next game. Tantalizingly called Haunted Chocolatier, the first gameplay footage was shown off at the official ConcernedApe YouTube channel.

The video shows the game has a similar aesthetic to Stardew Valley. Both games also appear to share many gameplay mechanics, including romancing NPCs and customizing your work area. However, Haunted Chocolatier appears more action-orientated than Stardew. Haunted Chocolatier also has a more of a supernatural setting, with ghosts scattered throughout the game.

Related: How to upgrade your house in Stardew Valley

Ape goes into more details about Haunted Chocolatier on a blog post, revealing that the ideas for the game came to him like a "flash." Ape wanted to make a more fantastical game and do something that was not limited in the same way as Stardew Valley. Ape has chocolate be a theme because he felt everyone loves chocolate. Ape also confessed that he hasn't worked out the full game as he is still working on it.

Based on the first gameplay footage, Haunted Chocolatier will have players take control of a recruit for a mysterious place. The player avatar will be the place's new chocolatier and is in charge of making the chocolate.