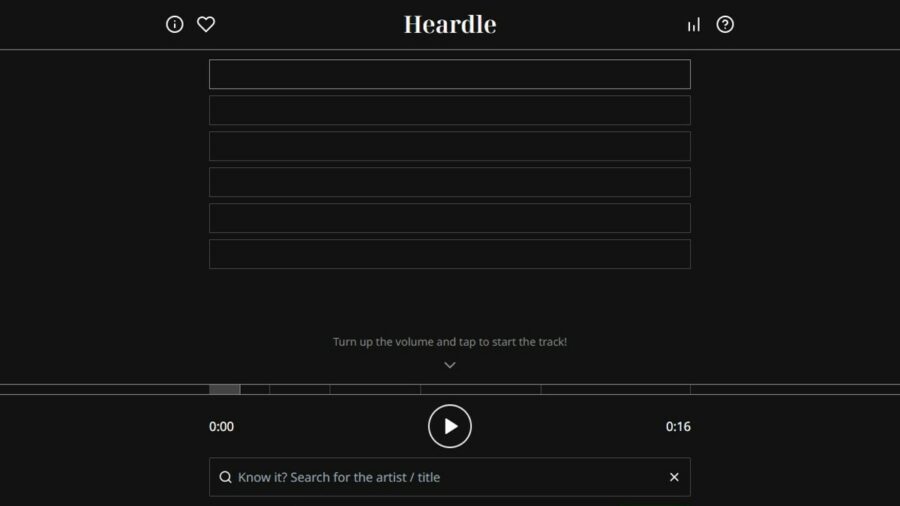 Heardle is a fun, daily music game based on the immensely popular game Wordle. But, unlike the word-centered Wordle, Heardle challenges players to recognize a song from the first couple seconds of it. The answers listed below are for the original daily Heardle. We update this article every day with the current day's answer, so be sure to bookmark this page and check back whenever you're stuck!

Spoiler Warning: Today's Heardle answer is listed below. If you do not want to see today's answer, do not click the link to reveal it.

Click here to reveal Today's Heardle answer!
The Heardle for May 25, 2022 is: Backstreet Boys—I Want it That Way

Below is the list of all the most recent Heardle answers, sorted in reverse chronological order.

For those who are confused about how to play, here is a basic rundown of the instructions:

Want answers for more games like Heardle and Wordle? Check out our answers for the daily Nerdle and daily Quordle puzzles!