Our Hearthstone Descent of Dragons Cards List takes a look at all of the cards from the upcoming expansion! We will be adding every card that's revealed until all 135 cards in the set are accounted for! You can check the current ones that have been shown in our card gallery below.

This will be the third expansion of the Year of the Dragon! Hearthstone's been getting a ton of changes and additions, so it should be interesting to see what Blizzard has in store for this next expansion. The final expansion in a year is usually the most powerful. This is generally because it will be in the Standard format for the shortest amount of time. It remains to be seen if this will end up being the case.

All 140 cards are now listed below! Check out what you need to know before launch right here.

Normally each expansion comes with 135 new cards, but this time it will be 140! The five extra cards are the Galakrond Hero Cards that will be given to players for free! Otherwise, the cards are generally broken up into 10 cards per class (90 cards), with 45 neutral cards being added. Class cards are usually broken down into two legendaries, two epics, three rares, and three commons. The neutral rarity breakdown isn't as consistent, but we can expect around five new legendaries with a bunch of epics, rares, and commons.

Now that all the cards have been revealed, check out some decks to try out once it has been released:

Throughout a match, Galakrond can be upgraded into more powerful versions of himself by playing cards with the new “Invoke” keyword. Invoking Galakrond twice takes him from his base form to ‘Galakrond, The Apocalypse.’ Invoking two additional times will take him to his final, most powerful form, ‘Galakrond, Azeroth’s End.’ Upgrading to each new form doubles the power of Galakrond’s Battlecry effect and playing Galakrond in his final form additionally equips a 5/2 Claw weapon that you can use to swiftly lay waste to your opponent. Once Galakrond is played and his Battlecry has been unleashed, he can no longer be upgraded through Invoke cards, though they will still trigger the Invoke effect. 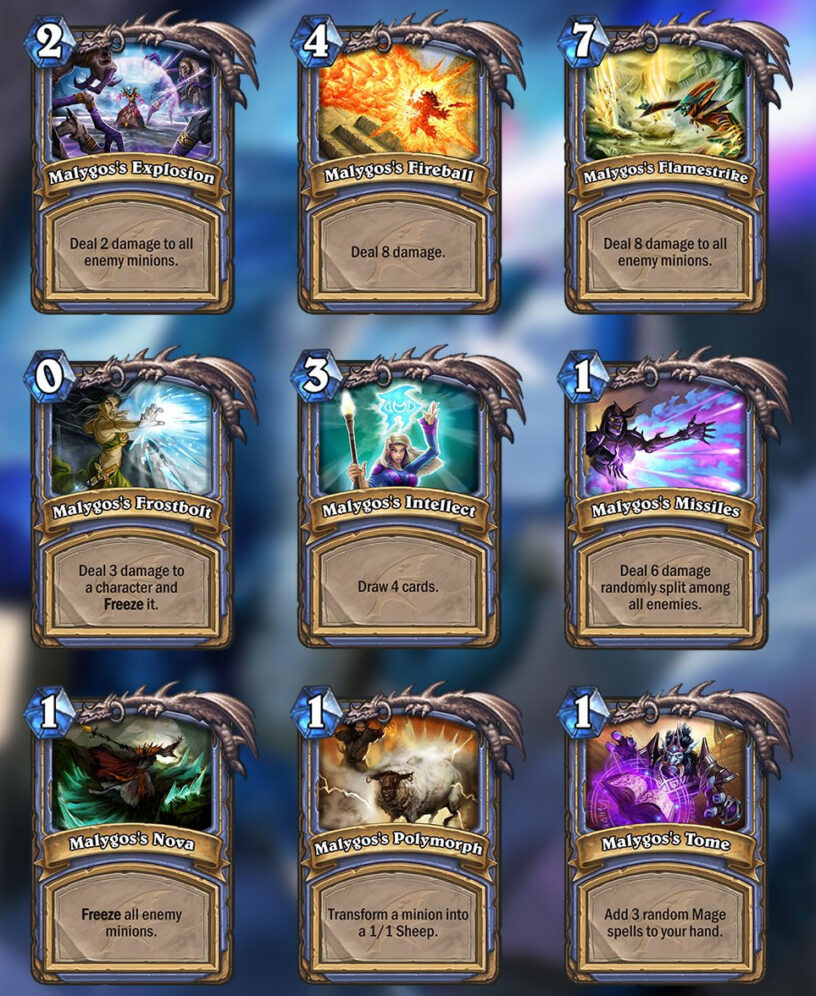