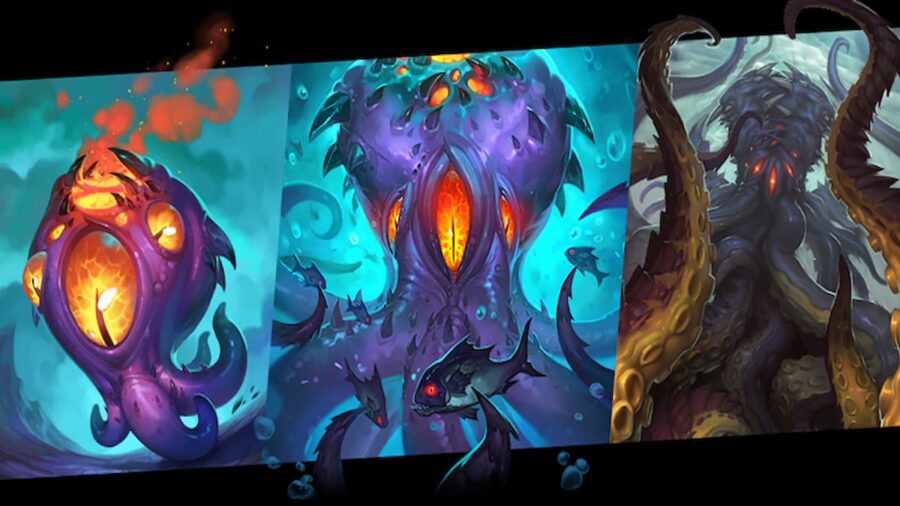 Hearthstone is getting its first-ever Battlegrounds Season entitled Rise of the Naga. There will be a Battlegrounds Rating reset, a whole new minion type (Naga), and a brand new hero. All of the changes take effect May 10 after the patch at 1pm PT / 4pm ET.

Three other minions will return to the game on top of 16 new Naga minions being introduced. The Naga Minions and their special abilities are as follows:

Related: What are Buddies in Hearthstone Battlegrounds?

The newest Battlegrounds hero will be Queen Azshara, her special skill is Azshara's Ambition, which is Passive. The skill says, "When your monsters on the field reach 30 total Attack, begin your Naga Conquest," which essentially means that if all friendly minions on the field have a combined total of 30 attack, then Queen Azshara will transform into Naga Queen Azshara.

Azshara can discover Nagas, so the motivation to transform is to be able to use the more spell-focused Naga minions.

Related: How do Buddy tier levels work in Hearthstone Battlegrounds?

How do you play with Naga in Battlegrounds?

The Naga specialize in magic, and the lore states that this love of magic was their downfall. Their way of playing is unique to them and here's what's been revealed so far:

For more on Hearthstone, check out Best Hearthstone Decks or Fastest way to fill up the Buddy meter in Hearthstone Battlegrounds here on Pro Game Guides.

Everything we know about the Naga in Hearthstone