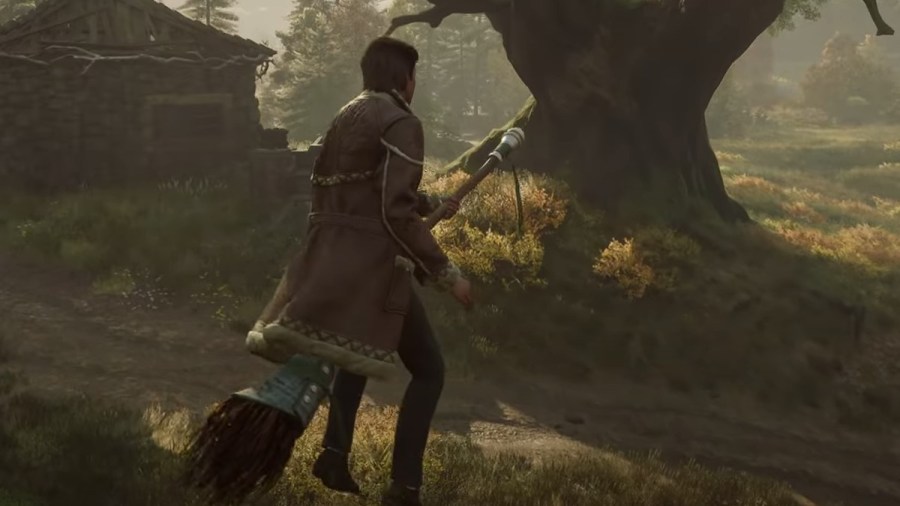 Hogwarts Legacy doesn't just feature the titular school but also an open world around it. To explore it, players will have a variety of options to get around. As expected, one of those options will be flying on a broom. Per this gameplay showcase, you will not only be to ride a broom but customize it as you see fit. Here is what we know about broom customization in Hogwarts Legacy.

How to customize you broom in Hogwarts Legacy

Players should be able to visit a sporting goods store at Hogsmeade that will sell brooms which allow you to change the cosmetic appearance of your ride. There will also be opportunities to upgrade the speed of your broom relative to its distance to the ground. To do this, you will need to interact with the shopkeeper of the sporting goods store and help him. He is apparently trying to understand broom traversal better, as Hogwarts Legacy is set in a much earlier time period of the Harry Potter universe.

Related: What is Ancient Magic in Hogwarts Legacy?

Brooms can be used at full speed when flying close to the ground. As you rise in the air, your max speed will decrease, as indicated by a yellow bar in the lower-left corner of the screen. Upgrading your broom will allow you to fly at faster speeds even further off the ground.

Can you customize your Broom in Hogwarts Legacy?