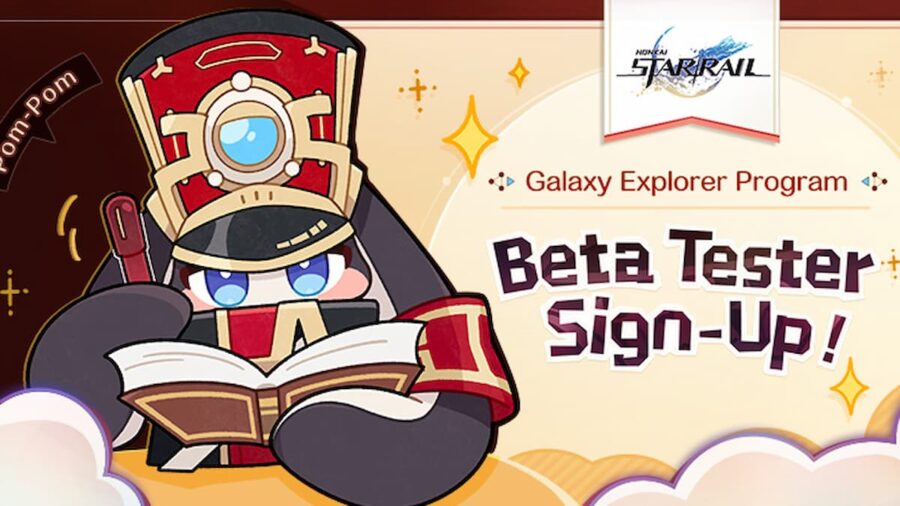 Honkai: Star Rail is the latest game from miHoYo, creators of Genshin Impact, Tears of Themis, and Honkai: Impact. A free-to-play tactical RPG set in the Honkai universe, Star Rail is set to take players on a cosmic journey across the stars. And now, you can join a new beta testing program called the Galaxy Explorer Program.

Related: How to sign up for the Honkai Star Rail closed beta

How to sign up for the Honkai: Star Rail beta

Simply head to the official HoYoLab website and check out the terms and conditions to sign up. There are a few requirements for joining the Galaxy Explorer Program beta, and once you’ve checked them out, you will be directed to the survey site.

The next beta test deadline featuring the Galaxy Explorer Program is on March 14, 2022, at 05:00 am ET. You’ll have to sign up before that time to be let into the next round of beta testing. But, as the site explains, there is no guarantee you’ll be let into the small-scale beta tests. However, your application could be retained, and you’ll be more likely to be allowed into subsequent tests. Good luck!

Looking for more miHoYo RPG goodness? Check out How to unlock all Of-Drink-A-Dreaming Recipes in Genshin Impact on Pro Game Guides.

How to sign up to the Honkai: Star Rail Galaxy Explorer Program beta tester recruitment