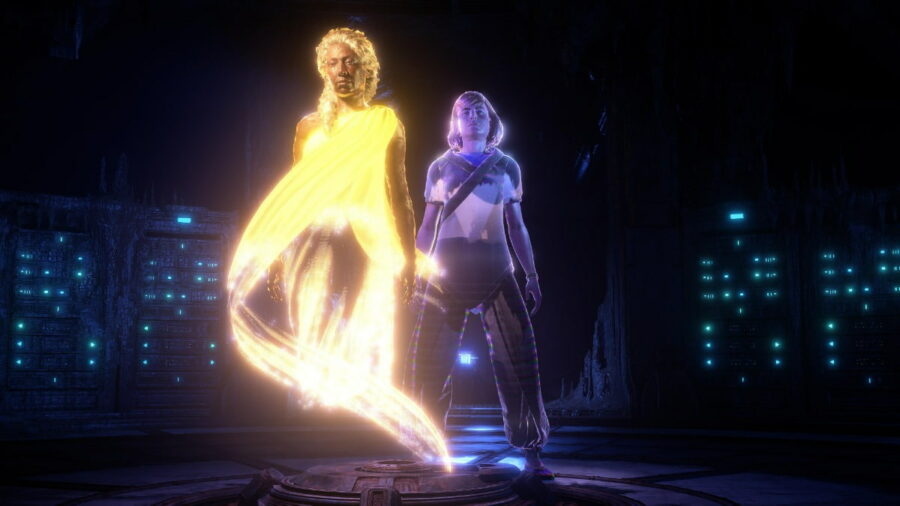 Horizon Forbidden West continues the story from the first game. Players assume the role of Aloy as she tries to save the world from global extinction. Fans new and old may need a refresher course for some of the crucial characters in the first game, including Dr. Elisabet Sobeck.

Elisabet Sobeck was an American Scientist in the world of Horizon, and she was also the mind that spawned Project Zero Dawn. The first Horizon revealed Project Zero Dawn, an answer to the Faro Plague that threatened to wipe out all life on Earth.

Project Zero Dawn created the machines that walk the Earth in Horizon as part of a terraforming system designed to recultivate the Earth long after Dr. Sobeck and her colleagues were gone. While these scientists couldn't stop the Earth from falling apart in their time, they made sure it would live again.

One thousand years after Project Zero Dawn, a genetic clone of Dr. Elisabet Sobeck was birthed by GAIA, the AI behind Project Zero Dawn, to help defend the Earth from some AI made to help heal the Earth. This clone is Aloy. After gaining sentience, the subroutine, HADES, went rogue and threatened life again. Thanks to her genetic code mirroring Dr. Sobeck's, Aloy can manipulate even the most vital protocols of Project Zero Dawn, allowing her to stand against these AI.

Looking for more content? Why not find out What graphics mode should you use in Horizon Forbidden West?

Who is Elisabet Sobeck in Horizon Forbidden West