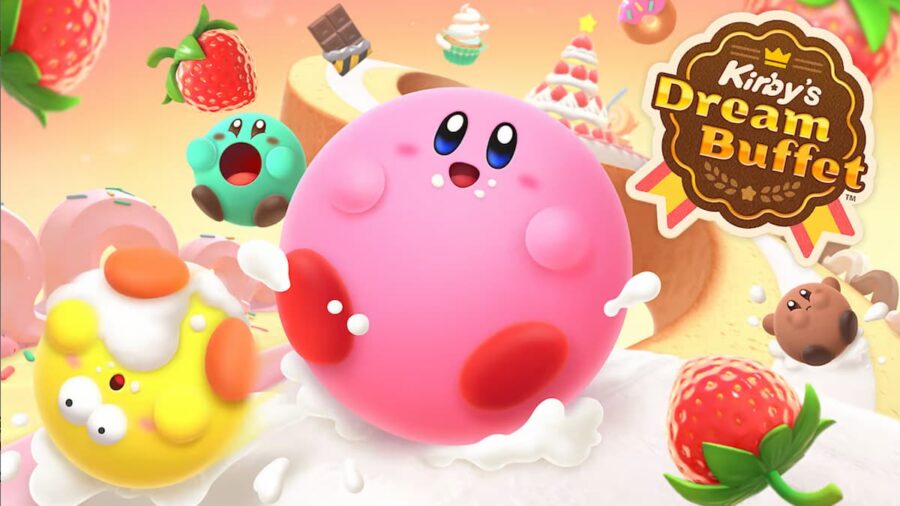 Kirby returns in a new delicious adventure with Kirby's Dream Buffet. Roll your way to victory in four-player matches as you compete to collect the most strawberries. Enjoy frantic racing matches in this delightful title featuring a foodie theme.

Everything we know about Kirby's Dream Buffet

Kirby's Dream Buffet is an intense but friendly competitive racer in which four friends duke it out across four rounds. Your goal is to reach the end and collect the most strawberries so that you can be the biggest Kirby at the end. Here is everything we know about Kirby's Dream Buffet.

What is the release date for Kirby's Dream Buffet?

At the time of writing, Kirby's Dream Buffet is slated for a Summer 2022 release on the Nintendo Switch. We will update this guide once an official and exact release date has been revealed.

Related: All Blueprints and how to get them in Kirby and the Forgotten Land

Is there multiplayer in Kirby's Dream Buffet?

The main premise of Kirby's Dream Buffet is its multiplayer racing aspects. Players compete in intense races, collect strawberries, and use familiar copy abilities from the Kirby series. Four players can compete in a series of races before facing off on a floating platform. Eat the most food and become the biggest and heaviest Kirby to win.

What characters are in Kirby's Dream Buffet?

It appears that all players will play as Kirby in various shades, including pink, red, blue, yellow, green, brown, and possibly more. While the announcement trailer showed Waddle Dees on the course, they do not seem to be playable. Rather, they appear to be obstacles or AI characters.

The announcement trailer for Kirby's Dream Buffet was uploaded to the official Nintendo YouTube page. You can get your first view of the upcoming Kirby racing title below.