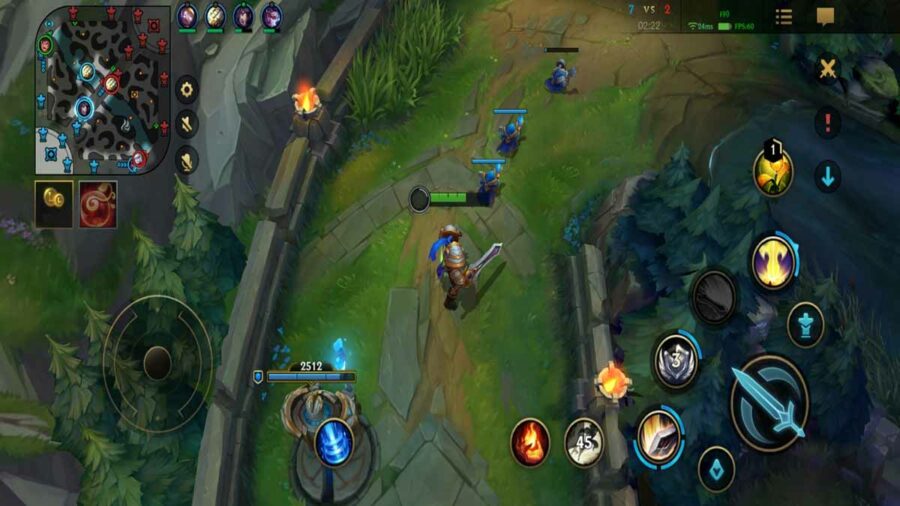 League of Legends: Wild Rift has a similar ranking system to many other games. There is a mode called ranked in which players attempt to go up in the rankings before the season resets, which is decided by Riot Games. Rewards are given to players based on how far they got, and they are placed in ranks close to their previous ones.

To participate in Ranked matches, players must be level 10 and have 16 or more champions. Below, we have the ranks and how to move up, and then explain what each point means.

Related: How to Surrender in LoL Wild Rift

How to raise your rank in League of Legends: Wild Rift

As explained further below, you need marks or victory points to raise your rank. After the season ends, you will be relegated to a previous rank. The only exception to this is Iron, Bronze, Silver, and Gold, which stay the same. The table below explains how that works. We're ignoring Unranked and Provisional because those just mean you can't participate yet.

Within each division of tiers Emerald and below, the ranking will be determined by marks. A ranked win will award a mark, while a ranked loss will deduct a mark unless you're in the Bronze tier, where no deductions apply. You rank up to the next division when you reach a certain number of Marks, and you lose a rank by losing your Marks.

You will gain Fortitude regardless of whether you win or lose. The Fortitude skill keeps yourself from losing marks or Victory Points when you lose. It is given if certain conditions are met. Here's what you can gain Fortitude for:

Ranking System in LoL Wild Rift – How It Works