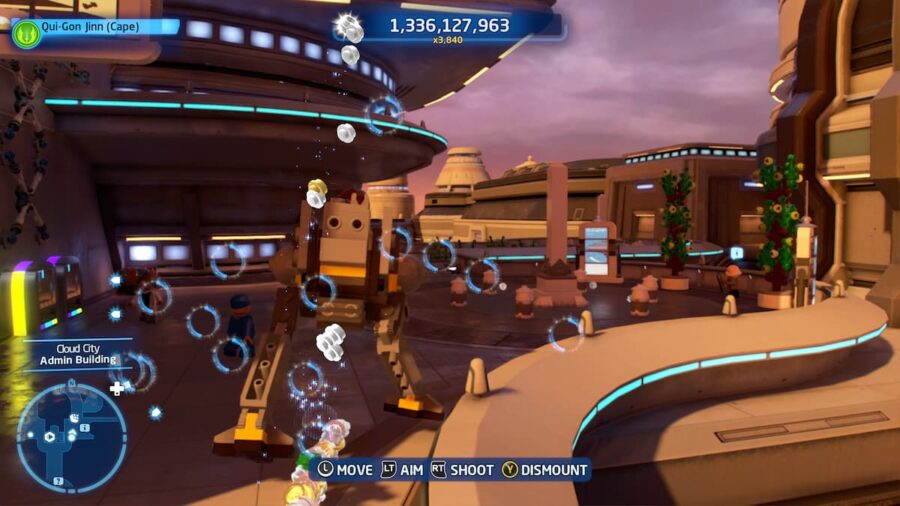 Getting 100% in LEGO Star Wars: The Skywalker Saga is not easy, but it's possible. It is possible to do this exceptionally well, but it requires about two an hour of grinding. To make the game easier, you'll need enough Data Cards.

How to get to 100% fast in LEGO Star Wars: The Skywalker Saga

Check out our Data Card articles to get seven Data Cards. You'll need them to unlock the Stud multipliers, Universal Translator, and the ability to see all collectibles on the map in the EXTRAS menu. These aren't all necessary yet, but they will come in handy later. For now, you'll need to get a lot of LEGO Studs.

Go to Cloud City on Bespin. An AT-ST will be waiting for you when you land, get in, and run over everything. Everything will have respawned by the time you wander all around the map. Do this continuously and only stop to unlock the Studs x2, x4, x6, x8, and finally x10. In total, it will take about two hours. Once that's done, take a few minutes to get one billion LEGO Studs. You will not need anymore, and as you do more in the game, you'll get more LEGO Studs and quickly rise past the multi-billionaire mark. Next, you'll need to unlock all of the Rumors.

Unlock all of the Rumors and finish the game

Next, you'll need to get Rumors, which basically walk you through almost all of the side-missions, main missions, and all of the extra stuff. Buying all the mission Rumors in the game only costs 38,370,000 LEGO Studs, so you'll be far over the needed amount.

You should then use the Rumors to complete the main game and all of the Level Challenges. We have done all of the harder ones on the site, so you can follow our Level Challenge guides if needed. Once the game is completed, you can get all of the Capital Ships. You can do Trials, Challenges, and Side Missions from there.

As you do the extra side stuff, make sure to buy all of the upgrades, ships, and characters and you'll be finished. Also, don't forget to finish the rest of the Data Cards.

There are plenty of very easy puzzles in the game, but there are some very challenging ones, even with Rumors, so puzzles for the end. We have many LEGO Star Wars: The Skywalker Saga guides at Pro Game Guides that cover the harder puzzles that unlocking Rumors doesn't fix.