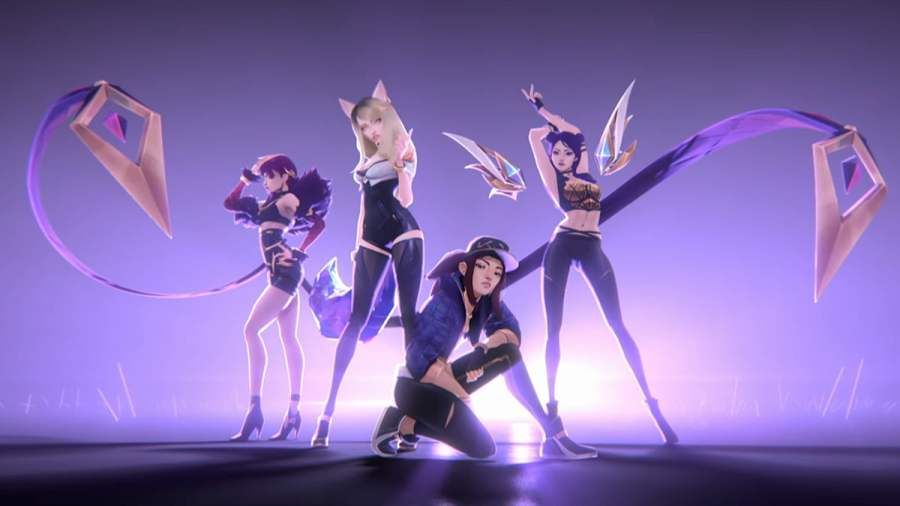 Riot Games surprised the world when they debuted the virtual band K/DA. The band featured champions from their game League of Legends and released alongside a K/DA skin line. The skins became a staple in the game's community, with crisp visual effects and neon colors. Here's an explanation of the band K/DA in League of Legends.

Who is the band K/DA in League of Legends?

K/DA debuted with the song "POP/STARS" in 2018, featuring the League of Legends champions Akali, Evelynn, Ahri, and Kai'sa. After this single, K/DA released the ALL OUT album in 2020, containing five original songs. On the song "MORE," the champion Seraphine appeared as a guest. However, Seraphine was not added to K/DA's roster. Here are all of the songs released by K/DA in chronological order.

Related: All Lux skins in League of Legends, ranked

In 2018, League of Legends released K/DA skins for Evelynn, Akali, Ahri, and Kai'sa, to celebrate the release of the song "POP/STARS." Each of these skins was also accompanied by a Prestige version, painting skin in gold hues. This skin line paved the way for the ALL OUT line, which featured skins for Evelynn, Akali, Ahri, Kai'sa, and Seraphine. K/DA ALL OUT Kai'sa also has a Prestige version.

K/DA ALL OUT Seraphine was the first Ultimate skin in the skin line, released in honor of the song "MORE." The skin has three variations, which can be earned by completing challenges. These variations are Indie, Rising Star, and Superstar, representing Seraphine's journey through the music industry.

Who is K/DA in League of Legends?