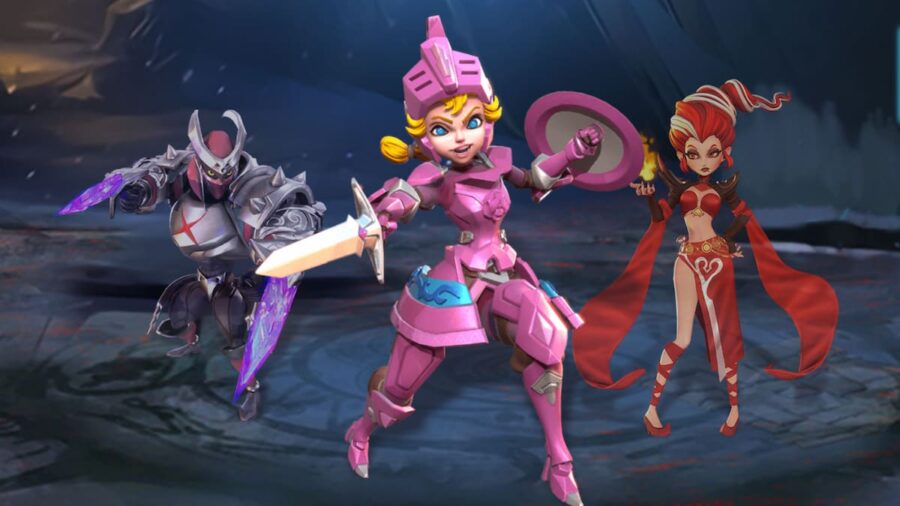 Image via I Got Games

When starting out in Lords Mobile, you will have only two Heroes to choose from. Heroes are the leaders in your raiding party, and they bring forth unique abilities and spells to help your team push through the enemy waves with ease. As you progress through the game and earn resources, you'll have to decide which heroes to upgrade. Doing so can be tricky, with such a lengthy roster of heroes to unlock and upgrade. Here are the five best ones to unlock and upgrade in Lords Mobile.

If you wish to burn your enemies to ashes, Incinerator is the hero you are looking for. She deals massive AoE damage to enemy waves and also has good crowd-control potential thanks to her stunning ability. She also has great utility in Colosseum matches. In order to deal maximum damage without interruption, place her in the back-center in the line-up.

Trickster is the only free-to-play hero who comes with Research Boost. Thanks to this characteristic, he is one of the most preferred heroes by casual and competitive players alike. His attacks deal tons of damage to enemies, leaving them with reduced attack damage and disarming them for a few seconds. We advise you level him up to Gold as fast as possible to capitalize on his 25% Research Boost.

Child of Light is one of the best strength heroes in the game and leads the charge from the front. She packs heavy damage and incredible crowd control, with a stun ability that incapacitates enemies for five seconds. Her attacks also reduce enemy's magic defenses for a short time. To make the best of this ability, pair her up with a magic-attack-dealing hero.

As one of the best assassins in the game, Demon Slayer is potent at dealing heavy amounts of damage to the opposing team's back line. He is also adept at soaking up a lot of damage, thanks to his high magic defense. Having the Demon Slayer in your team will boost your infantry health by 50%, and attack damage by 30%, making him a solid pick for Colosseum battles.

As one of the most common picks for almost every team composition in Lord Mobile, it is no surprise that Rose Knight is right up there amongst some of the best. She is a very well-rounded hero, with a decent mix of attack, defense, and healing. At the start of every round, she will throw up a shield, defending allies from all incoming attacks for eight seconds. With her attack, she can also stun enemies. For her unique abilities, she is also a must-have for Colosseum fights.