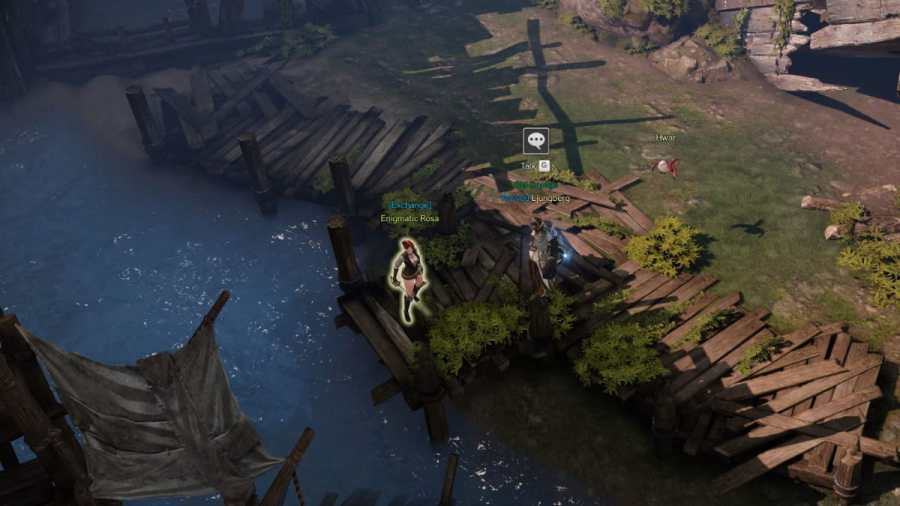 When you finish the main quest line in East Luterra in Lost Ark and get your first ship, it’s a great feeling. The seas are yours to explore, with 10 islands on just the first map you explore. Better still, six of those 10 islands have Islands Souls to find, one of Lost Ark’s more profitable collectible items. There are around 100 to collect, and you get a reward for every five you hand in. Here we’ll explain how to get the Freedom Isle Island Soul in Lost Ark.

Where is the Lost Ark Freedom Isle Island Soul?

In one respect, the Freedom Isle Island Soul is simple to collect, as you just need to buy it from Exchange NPC Enigmatic Rosa (pictured above). But it’s not quite as simple as that. Firstly, Rosa doesn’t automatically show up on the island map. Head to the eastern side of Freedom Isle and go down on the elevator there. You’ll find her in the southern section at the bottom of the lift. If she’s there, that is.

She’s not a permanent vendor, and her spawn times are random, so you’ll have to be patient. On the plus side, she always appears in the same place and regularly appears. And there’s plenty else to do on the island while you wait. Once you get to the lift, you’ll see her appear on your map as a vendor if she's up. The second potential issue is the cost of the Island Soul. It’s the only item Rosa sells and will cost you 60,000 Pirate Coins.

We've got all the Lost Ark guides you need at Pro Game Guides! Check out Where to find the eighth Giant’s Heart in Freedom Isle in Lost Ark? and How to get the Taunt emote in Lost Ark.

How to get Freedom Isle Island Soul in Lost Ark