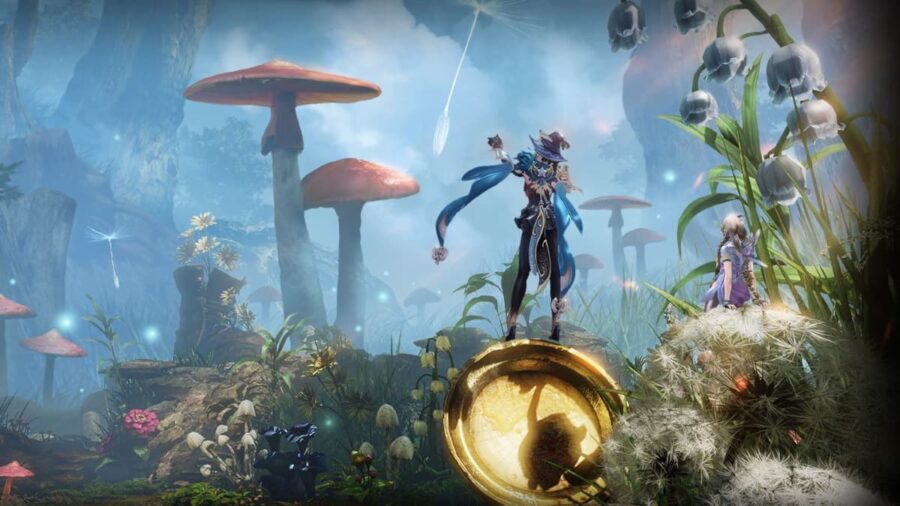 After a day of defeating huge raid bosses and hordes of demons, it's nice to put your proverbial feet up and grab some of Lost Ark's many collectibles. One of the more relaxing methods is climbing aboard one of your ships and heading out to the islands. Around 100 have collectible Island souls, and the more you collect, the more significant the rewards you'll receive. So, how do you get the Giant Mushroom Island Soul in Lost Ark?

Where is the Lost Ark Giant Mushroom Island Soul?

Giant Mushroom Island is one of the odder ones in Lost Ark. When you arrive, you’re in a small closed-off cove with just a few NPCs. One of them, Pushpush, sells Red Cashew Juice for just 10 silver coins. Buy one, then head to the northeast corner of the cove. At an icon prompt, you’ll drink the juice – and be miniaturized and transported to the area where you will find the Giant Mushroom Island Soul.

Once in this area, you’ll find many giant mushrooms (and no mobs). You need to use your logging skill to cut down the mushrooms. This is an RNG random drop from logging, so good luck. Some players report getting the Island Soul as a random drop on their first few mushrooms. While others have spent their whole 10,000 life energy and had no luck, having to come back another day. What’s worse, the Western version of Lost Ark has no vendor for the Giant Mushroom Stems that will mount up in the Sailing tab of your inventory. Hopefully, it will be introduced in a later patch.

We're all over Lost Ark at Pro Game Guides! Check out Where is the oasis on Eternity Isle in Lost Ark? or All Island Tokens locations in North Procyon Sea in Lost Ark for more.

How to get Giant Mushroom Island Soul in Lost Ark