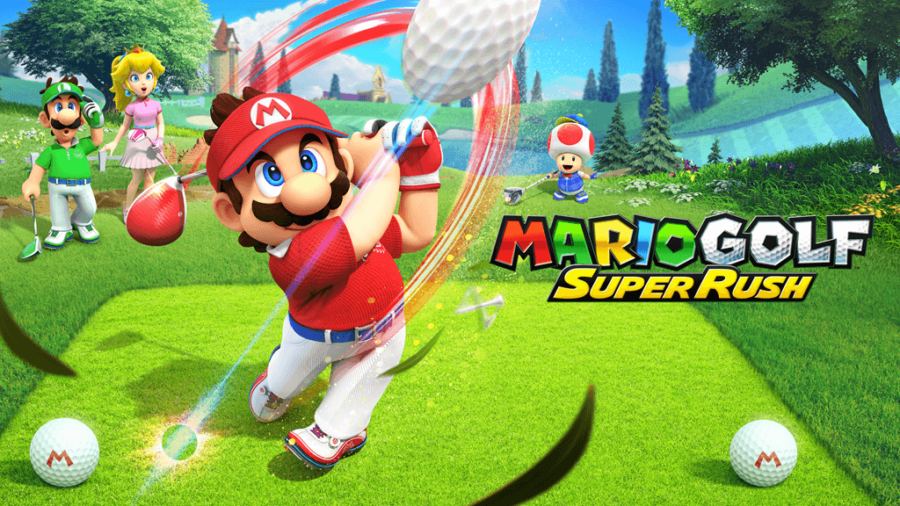 Mario Golf: Super Rush is a sports game that allows players to hit the green and tee off with their favorite Mario characters in a variety of game modes both offline and online. Here's everything you need to know about the game.

Mario Golf: Super Rush hits store shelves and the Nintendo eShop on June 25 for the Nintendo Switch. The game is available at $59.99 USD for both physical and digital copies.

Mario Golf: Super Rush boasts simple button controls that players of all ages will be able to grasp. Standard play will task players to study the wind, navigate terrain, and line up their shots to get as close to the hole as possible. Curve shots are possible to avoid obstacles along with spin shots that change the ball's path after it lands. A shot gauge meter also dictates the power and curve of each swing.

Motion controls are an alternative playstyle to button controls. The player grasps and holds one Joy-Con, swinging it as if they were swinging a real golf club. But, it's unclear how more complicated controls will factor into the motion control scheme.

Speed Golf is a new game mode in Mario Golf: Super Rush where all players tee up at the same time and races to their ball. The goal is to stay ahead of the competition at all times, overcome all obstacles, and be the first to complete the course. Special Shots are super abilities that unique to each character for an added advantage.

Battle Golf is essentially Speed Golf with more specialized rules and set on a single course. This is a tournament mode where players must claim nine holes before their opponents. The first golfer to claim three flags wins the match.

Golf Adventure is a campaign mode where players start out as rookies and play as their own Mii characters. This game mode is designed to teach new players the game mechanics and improve their skills by completing special missions and levels. Players can level up and manipulate their Mii's stats, to then use in versus play.

There are 16 playable characters in Mario Golf: Super Rush, each boasting their own stats and special shot abilities. Stats are designated by Power, Stamina, Speed, Control, and Spin, whose strengths and weakness should be up to each player's preferred playstyle and strategy. The full character roster is as follows:

In addition to these 16 characters, players will be able to use their own Mii from Golf Adventure as a competitive character.

For more Mario Golf: Super Rush content, be sure to check back with Pro Game Guides.