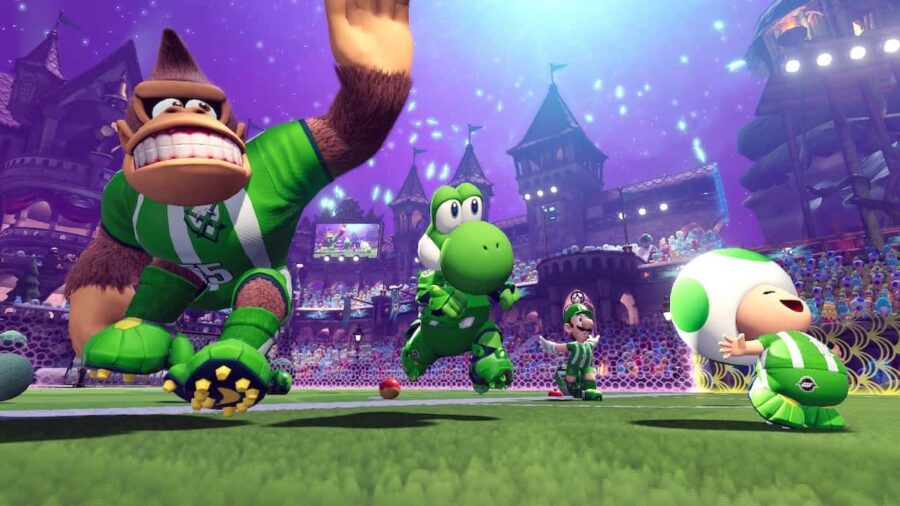 One of the most important things players can do in Mario Strikers: Battle League is to know the character's Stats in the game. All ten characters have a different Stat makeup, and Stats decide which role each character specializes in. Paying attention to this can help players make the best moves on the field.

Luigi is a great all-around character. His Stats are pretty balanced, but his high Passing and Technique Stats make him a great scorer, even if he relies heavily on his Hyper Strike.

Yoshi can make plays and score goals like a pro. Yoshi is pretty balanced but specializes in Shooting and Passing. Yoshi is great at taking the frontlines and playing a more offensive game.

Donkey Kong has a high Passing and Strength Stat that makes him a perfect defender. Opponents will have a hard time making it through Donkey Kong's massive body. This character is also versatile and can serve as a scorer on any team as well.