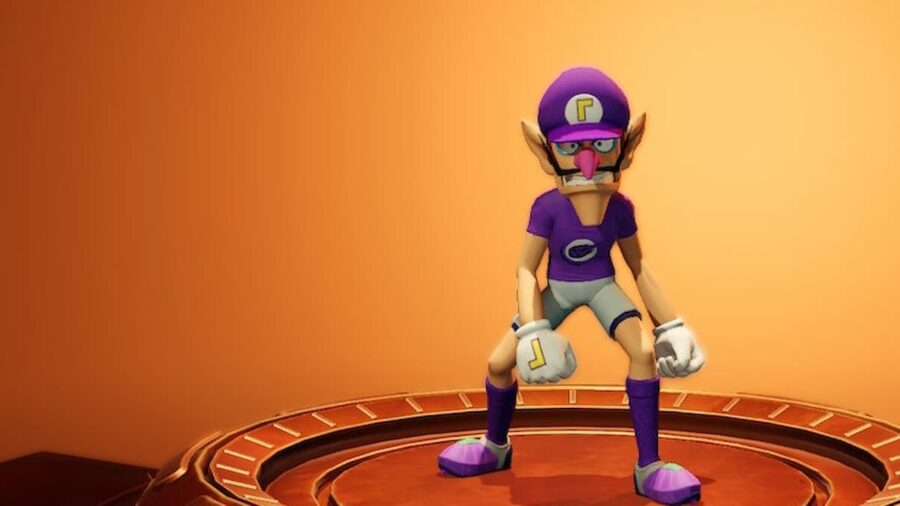 There are ten characters to choose from in Mario Strikers: Battle League. Each one has their own skills and stats, so you will need to equip the right gear to bring out the best of them. If you plan on adding Waluigi to your team, you will need the best builds.

Waluigi's strongest skills are speed, strength, and technique, so you should build these up. Alternatively, you can select gear to increase Waluigi's weaker stats and make him a more balanced character. Here are our recommendations for the best Waluigi builds in Mario Strikers: Battle League.

This build focuses on making Waluigi faster. By increasing Waluigi's speed, he can outrun opponents with the ball, chase them down, or get to the ball first when it is free. Here is the best gear to increase Waluigi's speed.

This build focuses on making Waluigi stronger. With more strength, Waluigi can throw his weight around, letting him tackle opponents easier and resisting their tackles. Here is the best gear to increase Waluigi's strength.

This build focuses on improving Waluigi's technique. Technique lets you curve the ball more accurately when shooting, dribble better, and improves Hyper Strike timing. This build lets Waluigi be your primary Hyper Striker. Here is the best gear to give Waluigi better technique.

While Waluigi excels at speed, strength, and technique, he suffers in other areas. Using this build will make Waluigi a more balanced character and perform better in all aspects. Here is the best gear to make Waluigi balanced.