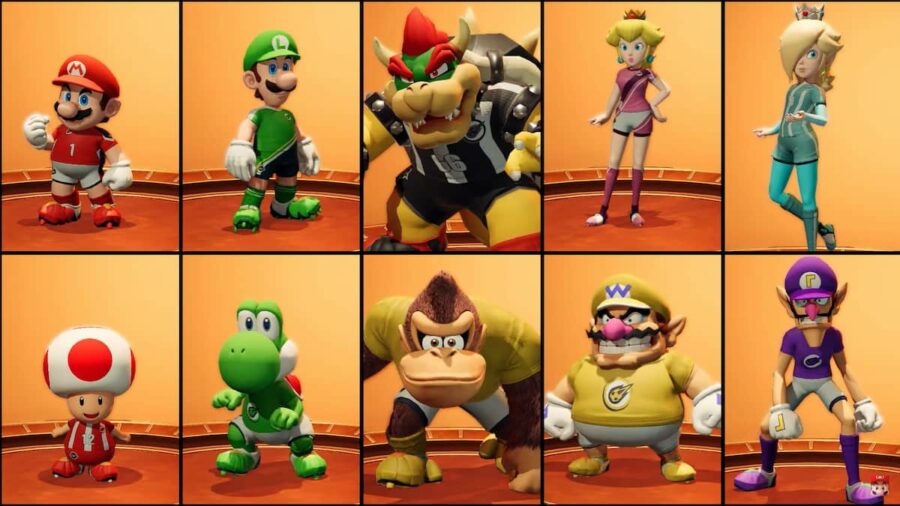 Mario Strikers: Battle League has arrived. The game offers ten playable characters, each with their own set of Stats and Hyper Strikes. Choosing which character to play can be difficult, but it is even more difficult figuring out how they should be played. An easy solution is to build a character's Stats using Gear to make them fit your gameplay style.

Wario has great Strength, Shooting, and Passing Stats already, which makes the character a great scorer. To make him an even more reliable scorer, players can increase his Shooting and Speed stat even further using the Gear listed below.

Wario has high Strength, Shooting, and Speed Stats, so to balance the character out, players should focus on increasing their Speed and Technique using the Gear listed below.